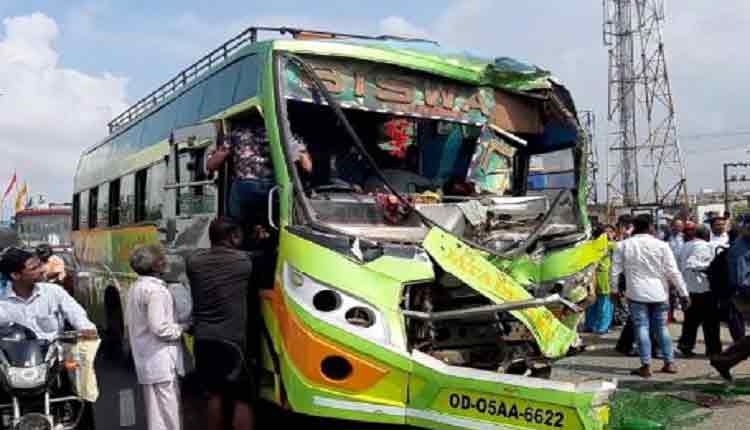 Cuttack: At least six passengers were injured after a bus in which they were travelling, was hit by another speeding bus near Pratap Nagari, on the outskirts of the city, on NH-16 on Wednesday morning.

According to sources, two private buses were on the way to Cuttack from Bhubaneswar when the driver of the bus suddenly applied the brake. At this, the driver of the other bus lost control of the vehicle which hit the bus from behind.

Soon after the collision, the Sadar Police rushed to the spot and admitted six injured passengers to the casualty ward of the SCB Medical College and Hospital in Cuttack. Sources in the hospital said that the condition of the injured passengers is stable.

Meanwhile, police have detained the driver and conductor of the two buses.