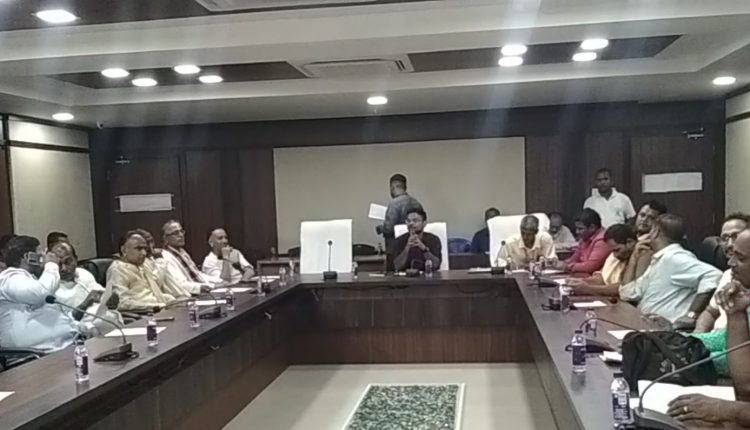 The SJTA held a meeting for revision of the schedule for the rituals of deities in the temple on lunar eclipse on November 8 after scholars and astrologers pointed out mistakes in the timing already finalised by it. In its final schedule, the administration had stated that the rituals would be completed before 8.29 am. It had also advised the people to abstain from taking food and not to perform puja after this time.

Following the meeting on Tuesday, it was decided that ‘Paka Tyaga’ (fasting) will come into effect from 5.54 am instead of 8.29 am on November 8. All the rituals of the deities would be completed before sunrise at 5 hour 54 minute 53 second on the day.

Releasing the revised schedule, Puri district collector Samarth Verma said ‘Dwara Phita’ ritual will be completed by 12.10 am which will be followed by Mangala Arati and other rituals. ‘Sunabesha’ or ‘Rajadhiraj Besha’ of the deities by 2.30 am. Similarly, Bhoga Mandap rituals will be completed by 5.50 am. With the completion of Deva Niti at 5.54 am, ‘Paka Tyaga’ will start, he added.

Besides the collector, the officials of SJTA, members of rituals sub-committee of the temple and and servitors of Chhatisha Nijog attended the meeting.