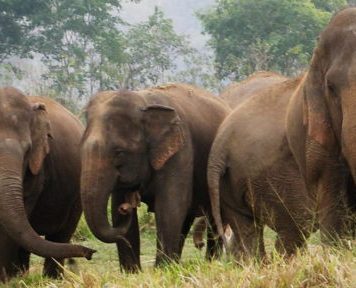 According to sources, the skeleton of one elephant was found in the reserve forest near Tabalei-Deogaon village under Dhama forest range and the second one from Kalogaon under the same range.

Deputy ranger of Dhama range Purna Chandra Mahant told the media persons that the elephants were suspected to have been burnt after killing them. While burnt wood and bones of the elephant were found in both places, the elephant in the second case was buried after being burnt as its skeleton was recovered after digging up the soil on the spot, he added.

According to preliminary examination, both elephants were killed by the poachers around 6 months back.

Honorary Wildlife Warden and general secretary of Snake Helpline Subhendu Mallik said the age of both elephants is estimated to be 40 years. Their skeletons were recovered during raid by Forest officials on the direction of Principal Chief Conservator of Forests (PCCF).

Holding the Forest officials of the range responsible for killing of the elephants, Mallik said they might be hands in glove with the poachers. A detailed investigation would reveal whether the poachers had taken the tusks of the elephants after killing them or not, he added.