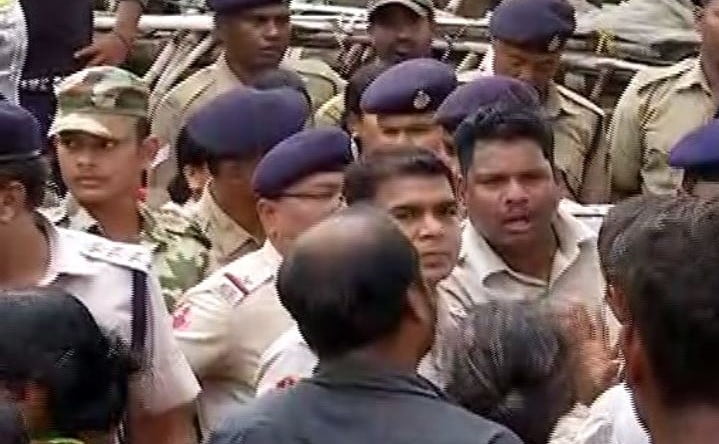 Slum dwellers in the area opposed the eviction jointly conducted by the district administration and Cuttack Municipal Corporation (CMC).

The protesters said it was rainy season and the children and the elderly will suffer a lot if forced to live in the open. The authorities have been evicting them without any rehabilitation plan, they alleged.

Later, Collector and senior police officials reached the  spot and brought the situation under control.

Notably, slum dwellers have been residing at Krushak Bazar for the past several years and even built illegal shanties there.