Smuggler Arrested While Striking Deal For Elephant Tusk In Odisha 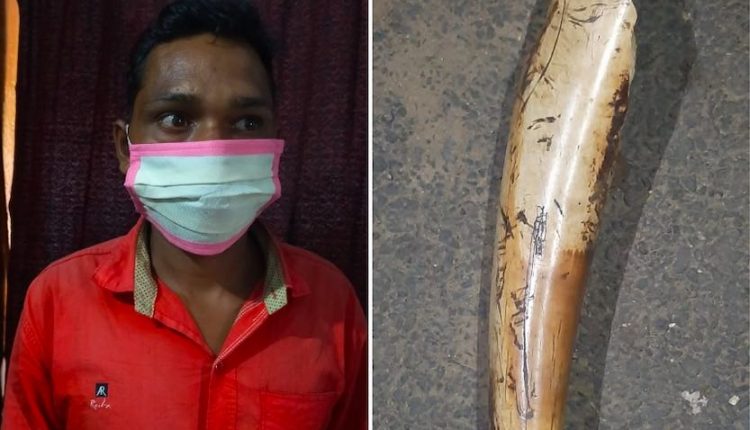 Angul: The STF seized an elephant tusk during a joint raid with Angul Forest officials near Antulia under the Angul forest division and arrested the smuggler while he was about to strike a deal.

The accused has been identified as Sudar Nayak of Hatasiunali in Angul district.

In the last one year, 18 leopard skin, 10 elephant tusks, 2 deerskin, 5 pangolin and 15 kg pangolin scales have been seized during the special drive by the STF and 37 criminals arrested.

Odisha To Resume Offline UG, PG Classes From Next Month