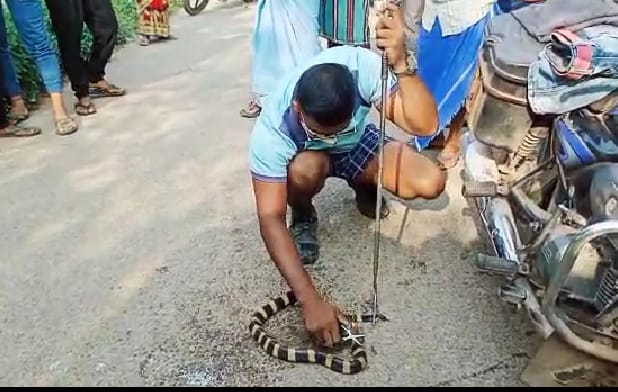 Puri: A 5-foot snake was rescued from a paddy field at Mangalpur village in Pipili on Tuesday morning.

According to reports, some local youth spotted a snake which got trapped in a fish net in a paddy fields and was struggling to free itself.

A youth of a local club, Alok Jena, informed the Snake Helpline following which a member of the helpline Sushant Behera reached the spot and rescued the reptile.

Sushant said it was a Rana snake and had got entangled in a fish net which he had to cut and later released it in its natural habitat.