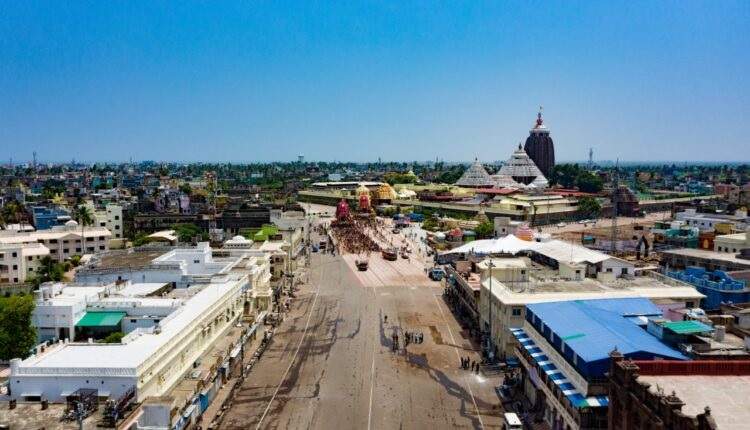 Puri: A day before Snana Jatra at the Jagannath Temple in Odisha’s Puri, when lakhs of devotees are expected to visit the pilgrim town, the district administration on Monday reviewed all arrangements made to ensure the safety of devotees and manage the crowd and traffic.

After a gap of two years, devotees will be allowed darshan of Lord Jagannath and His sibling deities during Snana Jatra. Devotees will not be charged for the darshan. However, there will be parimanik (paid) darshan during Pahandi of the deities from Ratna Bedi to Snana Bedi.

Barricades have been put up on Bada Danda (Grand Road) from Market Square. About 50 platoons of police force will be deployed to enforce law and order.

No darshan of deities till 2 pm today

Devotees won’t be allowed darshan of Lord Jagannath and His sibling deities at the Jagannath Temple till 2 pm on Monday in view of the secret ‘Senapata Lagi’ rituals. The ritual is being performed by servitors since early morning.

During the ritual, which is performed a day before Snana Jatra, Daitapati servitors apply a paste made from Baula Katha (piece of wood of Baula tree) on the bodies of the deities.

Mangala Alati and other rituals will be performed once Singhadwara (main gate) opens after 2 pm.