Sneakers Made For Barack Obama On Sale For US$25,000 At Sothbey’s 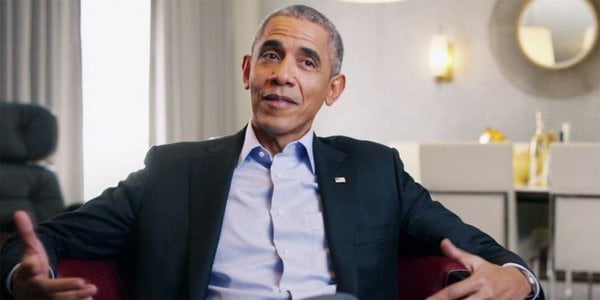 A pair of sneakers by Nike originally designed for former US President Barack Obama is going on sale for $25,000 (Rs 18,21,575). The exclusive pair of Nike Hyperdunk basketball shoes were designed in 2009 to honour Obama’s love for the sport.

While one pair is owned by Obama, another pair, according to Sotheby’s, has been listed for sale and is considered “one of only two pairs in existence,” The Indian Express (TIE) reported.

“(This) particular pair – while not worn by Mr Obama – was Nike’s only confirmation sample and have been kept in incredible condition over the last 12 years,” the auction house stated, as quoted by ‘Independent’.

The sneakers feature the number “44” on each toe and “1776” on the insoles, along with the official Presidential Seal, modelled after the “United We Rise” Hyperdunks that Team USA wore for the 2008 Summer Olympics in Beijing.

The sneakers also include white leather uppers, blue swooshes, which are outlined in silver, and visible Flywire technology. The auction house will officially open the sale of the shoes on February 12, the report added.

Barack Obama Set To Be Best-Selling Author Of The Year!