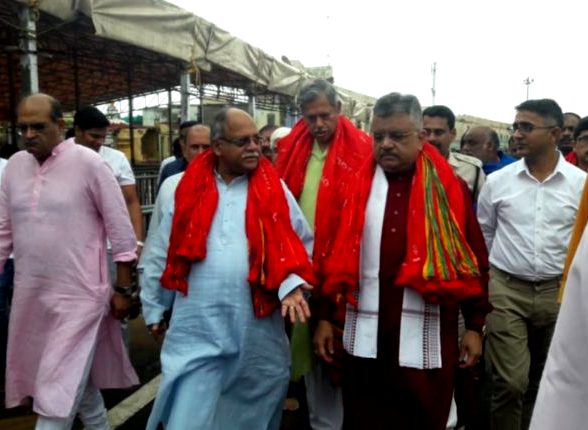 The duo, who made a night halt in Bhubaneswar on Friday, arrived in the Pilgrim Town and had darshan of the Lords at Jagannath Temple in presence of DIG Ashish Kumar Singh, chief administrator of Shree Jagannath Temple Administration (SJTA) Krishan Kumar and Puri Collector Balwant Singh.

Later, they went around Rosa Ghara (temple kitchen), the four sides of the temple boundary wall (Meghanada Pacheri) and inspected the portion of the demolished structure of Emar Mutt.

After the inspection, they met the Gajapati Maharaja Dibyasingha Deb at the royal palace before attending a closed-door meeting at the SJTA office in presence of senior district officials and Advocate General Ashok Parija.

The duo is scheduled to meet different organisations, including the mutt chiefs, civil societies, the servitors and the stakeholders later in the day.