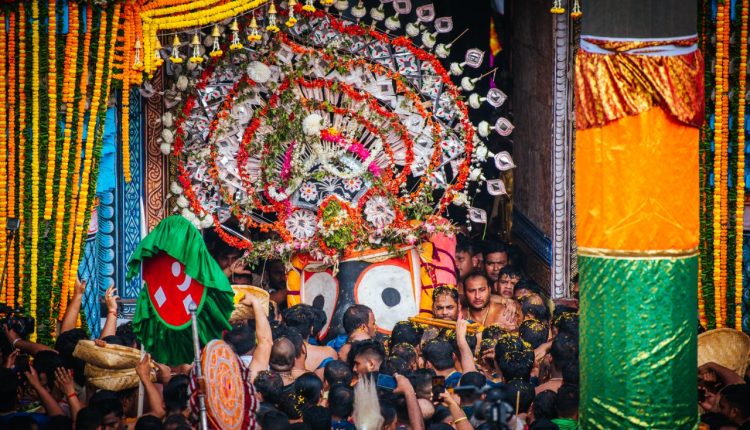 Puri: While the chariots of Lord Jagannath, Lord Balabhadra and Devi Subhadra reached the Gundicha Temple in Puri on Friday and, after spending a day on the chariots, the deities will be escorted to the Adapa Mandapa in the temple on Saturday, the chariots in Odisha’s Baripada and Kendrapara are pulled a day after the Rath Yatra in Puri. Here are some unique Rath Yatras celebrated across Odisha:

In a unique tradition, the chariots of Lord Jagannath, Lord Balabhadra and Devi Subhadra are pulled in Baripada (also known as Ditiya Shreekhetra) in Mayurbhanj district a day after the Rath Yatra in Puri.

The Rath Yatra is a three-day event in Baripada. The ‘Pahandi Bije’ ritual of the deities took place on Friday but the chariots are pulled a day later and will reach the Mausi Maa Mandir-Radha Mohan Mandir on Sunday.

In Kendrapara, the 64ft-high ‘Brahma Taladhwaja Ratha’ of Lord Baladevjew was pulled for some distance on Friday and parked near Raghunathjew mutt. The pulling of the chariot will resume on Saturday.

When the Puri Jagannath Temple faced threats from invaders and Mughal rulers, the deities used to be shifted to secret and safe places. One of these places is Kankana Sikhari in Chilika Lake. During those times, servitors used to bring fresh water from the nearby Jamuna Nirjhara to worship the deities. Local people used to harvest spiny gourd (kankada) on this island to offer to the Lords and it is believed that the name Kankana Sikhari might have come from this.

At Kankana Sikhari, the Rath Yatra is observed on boats in the Chilika Lake.