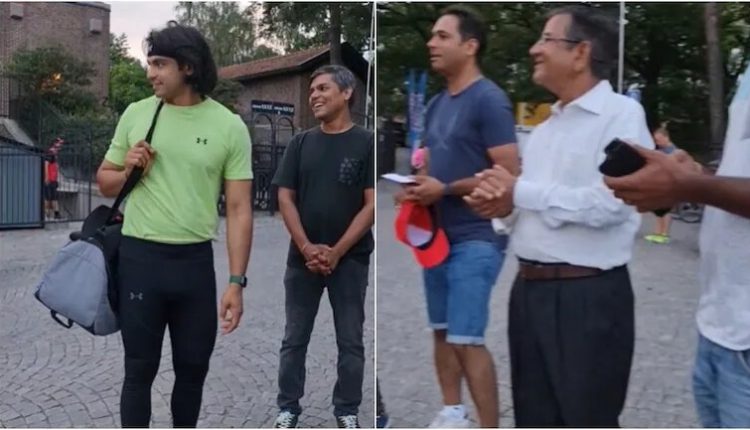 New Delhi: Neeraj Chopra continues to win hearts both with his achievements and his demeanour. He made the nation proud once more at the Stockholm Diamond League when he broke his own national record for the second time in a month. He had done it earlier in Finland in June. Even after so many accolades, the athlete is a very humble person.

In a video that has gone viral online, the gold medallist can be seen touching an elderly fan’s feet. The clip has been viewed over one lakh times.

So down to earth this person @Neeraj_chopra1 ❣️Took blessing from an elderly fan. That speaks volumes. Love you ❤️ pic.twitter.com/jjo9OxHABt

He also told his Indian admirers that he has to leave since his bus is waiting for him. The elderly man is heard encouraging Neeraj that he will reach the 90-metre mark on his next outing.

“Agli baar 90 se uppar jaayega (Next time, you will definitely throw over 90 metres),” the man said.

The now-viral video was shared on Twitter. In the short clip, the 24-year-old can be seen interacting and clicking photographs with a bunch of fans in Stockholm. Before leaving, he touched an elderly fan’s feet. One fan was even heard saying, “So down to earth.”