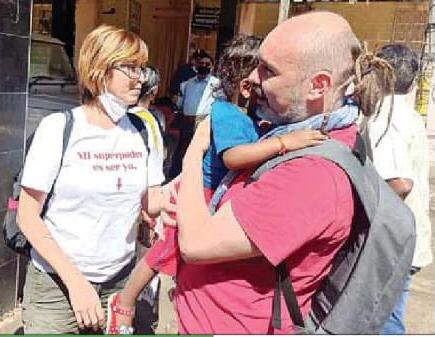 Koraput: A Spanish couple has adopted a two-year-old boy from an orphanage at Dasmantpur in Koraput district.

Sources said the Spanish couple had applied online to adopt a child from India. All the procedures and paperwork were completed on Wednesday.

The boy named Aditya was handed over to the couple at the orphanage in the presence of the Koraput Sub-Collector, Lalit Kumar Kanhar.

The entire staff of the orphanage bid farewell to Aditya with teary eyes. At the same time, they expressed satisfaction that he will now have a proper identity and bright future.

They informed that the boy was rescued from the roadside in Malkangiri two years ago. He was only four days old at that time. The district administration rescued him and sent him to the orphanage. He was named Aditya there.

Recently, an Italian couple had adopted an abandoned girl child from Gajapati district.

Also Read: No Child In Odisha Must Sleep In Open During Winter: OSCPCR

No Child In Odisha Must Sleep In Open During Winter: OSCPCR