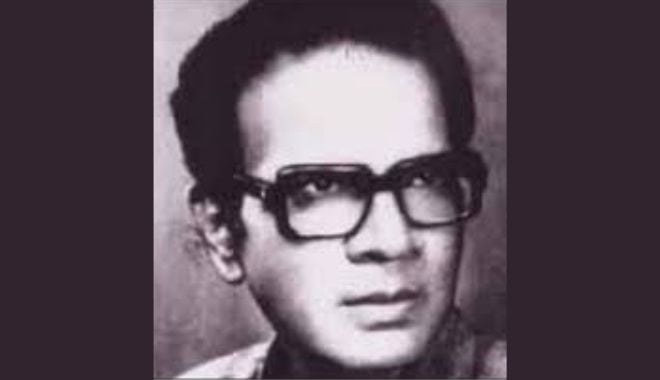 Samuel Sir passed away, this day in 2000. He was an actor’s actor. If Odia acting had a school, he was the shining star alumnus. It is unfortunate that present-day actors, anchors can’t retrieve his films or theatre plays because Odia film has no documentation or archive. Some may have a few retro recordings saved with their families or acquaintances, providentially.

An indefatigable, improvisational genius, Babi babu straddled the worlds of Odia theatre, radio drama and cinema with a baritone, sophistication and confident diction unknown to him. On every occasion where I mention spoken Odia language and diction, he is my quintessential example and inspiration. His dialogue delivery was amazingly natural during a filmy era where it was mostly melodramatic and lengthy.

He bucked the trend and heralded conversational style. Listen to Akhil Mohan Patnaik’s radio drama adaptation Ruby ra Rubai where he gives voice to the character of the betrayed husband, a train driver, from Jatni. He befits the story – both the writer and the actor, ahead of their times. ‘Manik Jodi’, ‘Adina Megha’, ‘Kie Kahara’, ‘Bhai Bhai’, ‘Sadhana’ presented some of his sterling performances.

In 1940, after quitting a steady job as an engineer at Chakradharpur, he joined Kabichandra Kalicharan Patnaik’s New Odissa Theatres (which revolutionalized Odia Theatre) and over a period of time, he directed and acted in over 200 plays in his long association with Annapurna Theatres.

A career change, quitting a stable engineer’s job for a life with uncertainties in Odia entertainment industry speaks of his passion and the encouraging ecosystem available in Odisha, then. Odisha was culturally vibrant and had an appetite for erudition. ‘Sri Jagannath’ in 1949 was his debut on celluloid.

His simple lifestyle was unbelievably unassuming. He lived near my school. The Gentleman of Odia screen, he was the darling of the Odia audience because he was the genteel, suave hero or the big brother (bada bhai) who was conscientious and unflinchingly sacrificing. He exuded the responsibility of carrying the family tradition and legacy on his shoulders.

Babi Babu was class and yet could easily reach out to the masses because he made their idol visible in front of them. He spoke Odia the way it is meant to be and was the family head, the way Odia joint families were knit together. His measured acting, terrific screen movements and plain-speak dialogues erased any differences between real and the reel. He was there with you, talking to you. In Odia acting, if true-life persona ever influenced performance status and vice versa, it was in the case of Babi Babu. Rarely ever after.

Balraj Sahni and the ilk remind so much of him.

Journalism In A Crisis: Time To Save It From Street Entertainers

Wajid Khan Tested Positive For COVID-19, Was On Ventilator…