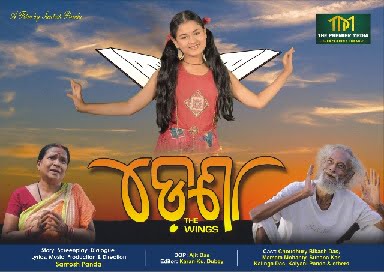 Bhubaneswar: A special screening of internationally acclaimed Odia feature film “Dennaa, The Wings” was organised at Buddhamandir auditorium in the city on Sunday.

Based on the story of child education amid COVID pandemic, ‘Denaa’ has been directed by Santosh Panda of international repute. He is also the story writer of the film which is produced under the banner ‘The Premier Media’.

Panda has many award winning films including ‘Sabas Biju’ and Hindi film ‘The Art of Life’ to his credit. “Being an Odia, representing your state and country at the international platforms gives immense satisfaction and proud feeling,” he said.