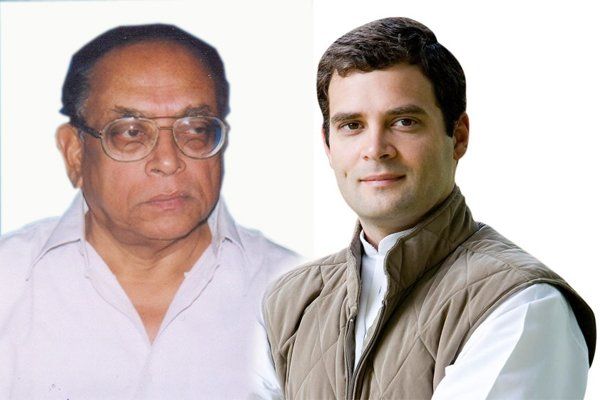 New Delhi/Bhubaneswar: Leader of Opposition in Odisha assembly Narasingha Mishra meeting with Congress Vice President Rahul Gandhi in New Delhi on Thursday sparked speculation about a change in guard in the state unit of the party.
Narasingha said he had a ‘fruitful discussion’ with Rahul, but refused to divulge details of the meeting. Stressing that the Congress has not lost its base in Odisha, he said Komna Zone II ZP election result was a case in point. “Media is misleading people,” he added.
It is believed that the meeting revolved around possible changes in Odisha Pradesh Congress Committee (OPCC) keeping in view the demands being made by Congress legislators for the past few days.
Earlier, three senior Congress leaders – Sundargarh MLA Jogesh Singh, Congress chief whip and Jeypore MLA Tara Prasad Bahinipati and Talsara MLA Prafulla Majhi – had proposed the name of Niranjan Patnaik for the OPCC president’s post.