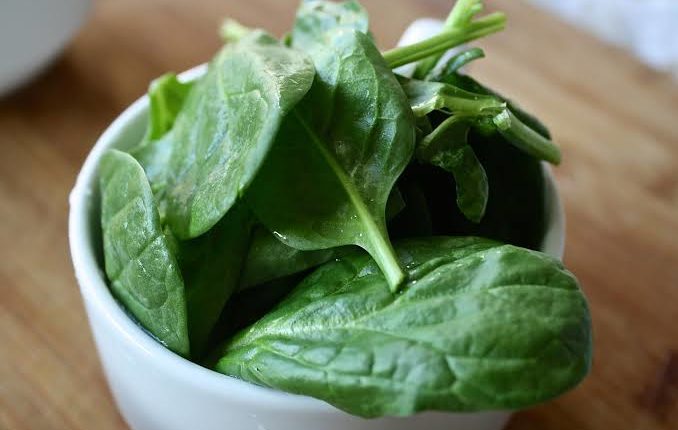 Leafy vegetables are considered to be a very healthy addition to our meals. Among them, spinach has always held an important place.

In India, spinach or palak is available only during the winter months and people obsess over it for its nutritional content and health benefits. Spinach has been used by various cultures over the years, notably in Mediterranean, Middle-East and South-East Asian cuisines.

Though it has a peculiar smell when cooked and an off-beat colour, no one can deny that spinach is a superfood as it is loaded with tons of nutrients in a low calorie package (23 calories per 100g). According to the United States Department of Agriculture (USDA), a 100 gram serving of spinach contains 28.1 milligrams of vitamin C, which accounts for 34 per cent of the daily recommendation.

Vitamin C works as an antioxidant for our body and helps in immunity building. It is also crucial for maintenance of collagen, hence delaying ageing.

Spinach has large quantities of vitamin A, which moisturizes the skin and hair, and is necessary for growth of body tissue. Carotenoids like lutein, zeaxanthin are also present in high quantity and are beneficial for maintaining proper eye health. These carotenoids can act as antioxidants and studies have shown that they have anti-cancer properties.

The most distinguishing property of spinach is the presence of high amount of vitamin K (483 microgram per 100g). Adequate vitamin K consumption is important for proper blood-clotting and good health as it acts as a modifier of bone matrix proteins, decreases chances of bone fracture and improves calcium absorption.

During World War I, wine fortified with spinach juice was given to injured French soldiers to stop bleeding. It also contains all the B vitamins, but has higher amount of folate (B9) which is highly beneficial during pregnancy. Presence of vitamin E is also helpful for healthy skin and hair.

Spinach contains healthy amount of protein and carbohydrate, but very low amount of fat (0.4g per 100g). This makes it an important recommendation for diet-conscious people as well as for diabetics. 100g serving of this leafy vegetable contains 2.2g of dietary fibre which helps in maintaining the digestive system and intestinal tract of our body.

Spinach has high iron and calcium content, but it should be eaten cooked as raw spinach contains high levels of oxalates which block absorption of calcium and iron in the stomach and small intestine. It is also rich in dietary magnesium (79mg per 100g) and potassium (558 mg per 100g), which is necessary for energy metabolism, maintaining muscle and nerve function, healthy immune system, and blood pressure.

Here’s How You Benefit By Sitting On The Floor &…