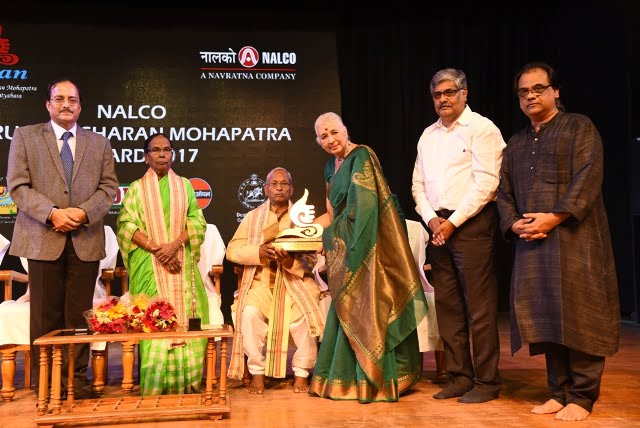 Bhubaneswar: The concluding evening of 23rd OMC Guru Kelu Charan Mohapatra Award Festival started with the customary award giving ceremony. The award was instituted in 1995 with a view to generate a feeling of cultural amity among the performing arts fraternity and acknowledging the excellence and contribution of great artists in the field of dance, music, theatre and cinema.

The evening saw artistes of Srjan performing ‘Tarana’ while embarking on a new pathway of innovation. It was followed by ‘Hari Smarane’, which was an attempt to represent, only symbolically, the essence of Jayadev’s Geeta Govinda strictly within the confines of Odissi grammar.

The programme concluded with an audio-visual special presentation ‘Mahanayaka Bijayananda’, an Odissi performance on the life and work of former chief minister of Odisha Biju Pattnaik. While the dance was choreographed by Ratikant Mohapatra, the music was by Laxmikant Palit, script by Jaydev Das and lyrics by Nityananda Misra.