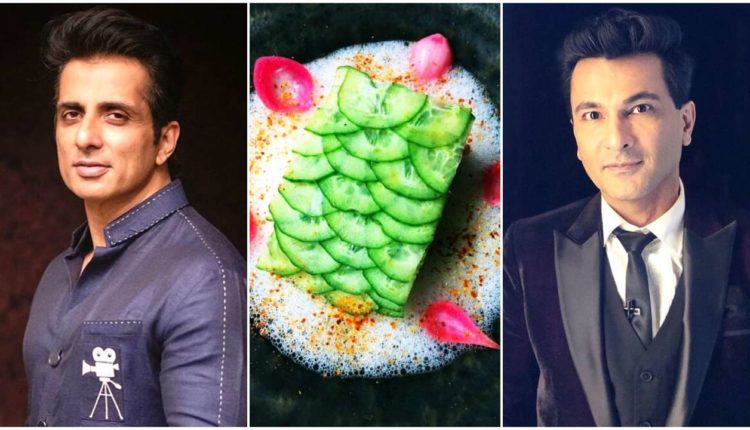 Mumbai: Touched by actor Sonu Sood’s efforts to help migrant workers stranded in other states due to the coronavirus-induced lockdown return home, Michelin star chef Vikas Khanna has named a dish after him to honour the actor.

The dish is named ‘Moga’, Sonu Sood’s birthplace in Punjab, and has all essential elements of India, said Vikas.

In an exclusive interview with Republic TV on Thursday, Vikas hailed Sonu for stepping forward to assist the helpless migrant workers and spoke about his new dish to appreciate Sonu’s noble work.

“Sonu Sood is like a hero to me. He’s like a younger brother and the least I, as a chef, can do to salute him is name a dish in his honour. I’ve made a dish named after his birthplace, Moga,” Vikas explained.

“Because he’s helping people throughout India, I thought the dish should be such that it represents all of India.. by picking up small elements. So there’s a piece of fish which has tandoori spices, coming from Punjab. There’s a kachumber (salad) made of cucumber which is made like Gujaratis do… the flavorus are exactly like that… and there’s also a coconut-based sauce which is very much like South Indian… like in Kerala or Karnataka where they make a very light… I also made a jelly-type dish in which I made a flower with mangoes and saffron. It’s a very beautiful and artistic dish. It looks as though a marigold flower is kept inside a raindrop.”

Besides dedicating a dish to Sonu, Vikas has also teamed up with the actor to ensure that the migrants, who have to travel across the country, are well-fed on their way home.

Take a look at the sumptuous dish here:

Applauding for the true heroes. My first in the list is a dear friend @sonu_sood #GettingFamiliesHome So, yesterday I named a dish in honor of his birth place and called to MOGA. Jai Ho Veerji. #TrueHero Tandoori Masala Salmon-English Cucumber Salad-Coconut Garlic Foam.

Low Pressure Over Bay Of Bengal Likely On June 8, Rain In Odisha From June 10