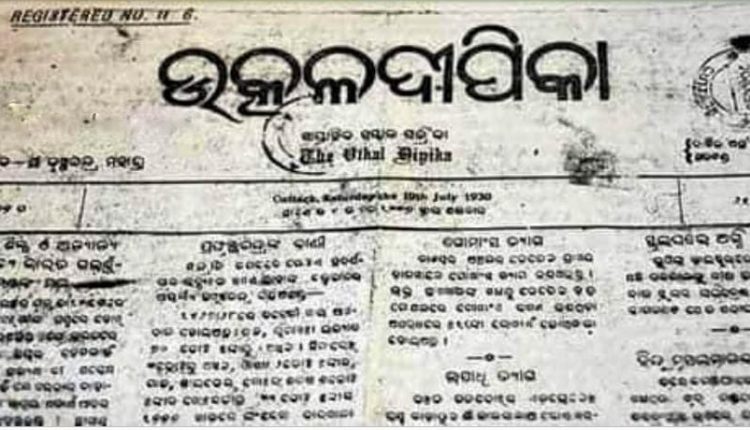 Bhubaneswar: Celebrating 153 years of its journey, Odia journalism appears to have traversed a long and arduous path playing a significant role in the socio-political and economic spheres over the years.

Launched on this day in 1866, Utkala Deepika is regarded as the first Odia newspaper.  The weekly publication was started by Gouri Shankar Ray and Babu Bichitrananda Das. To mark this momentous event, August 4 is also celebrated as Odia Journalism Day in the state.

Bichitrananda Das established the Cuttack Printing Press in 1866 and Utkala Deepika, edited by Gouri Shankar Ray, was published from there. Ray continued to be the editor of the publication till his death in 1917. The weekly newspaper played a pivotal role in the fight for bringing all Odia-speaking tracts under a single province in India in order to develop the Odia language, educationists and writers feel.

Though Utkala Deepika is popularly accepted to be the first Odia newspaper, the publication of Kujibara Patrika, which was published by Sadhu Sundar Das, a saint, predated it. Its publication started in 1837.

Publication of Utkal Deepika commenced at a time when Odisha was facing a host of problems and it played a significant role in the social and political life of the state. The newspaper effectively brought to the fore the common people’s plight and drew the attention of the then administration. When Odisha was hit by a severe famine, miseries to the people caused by it were extensively covered in the journal.

The weekly also offered a host of suggestions on how the administration could mitigate the plight of the starving people. Published for seven decades till 1936, the journal made sincere efforts for the integration of the Odia-speaking areas.

After the publication of Utkala Deepika, Odia journalism continued to grow steadily. Only two years later, in 1868, Fakir Mohan Senapati established another printing press in Balasore. Another press was set up in Balasore in 1873. Between 1873 and 1899, publication of different journals and newspapers got momentum.