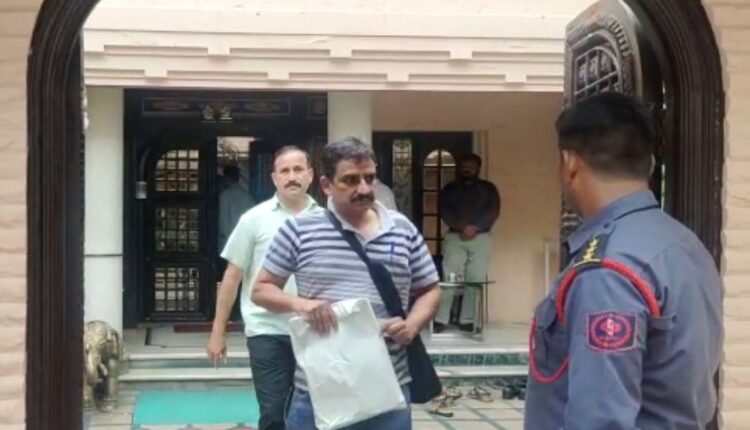 Cuttack: The CBI sleuths began conducting raids on the office and residence of industrialist Mahimananda Mishra at Cuttack and Paradip from 9 am on Thursday.

The searches were conducted at Odia Bazaar in Cuttack and Odisha Stevedores Limited (OSL) offices at Link Road and Badapadi at Paradip by four CBI teams, sources said.

The premier investigating police agency checked some documents at Mishra’s Cuttack office and also questioned him. Mishra, however, told the media that he was not aware of the reasons behind the raids and said that he had complete faith in the law.

A CBI team also quizzed Chief Mechanical Engineer of Paradip Port Saroj Kumar Das and a contractor Sumant Rout at The 100 Millions (guest house of the port) for over 2 hours. Das is alleged to have taken over Rs 25 lakh bribe to approve a project to be implemented at Paradip Port by OSL. While Rs 80 lakh was seized from the office of the engineer, another Rs 50 lakh was seized from the contractor, the sources added.

The Port chairman refused to give any comments on the CBI action.