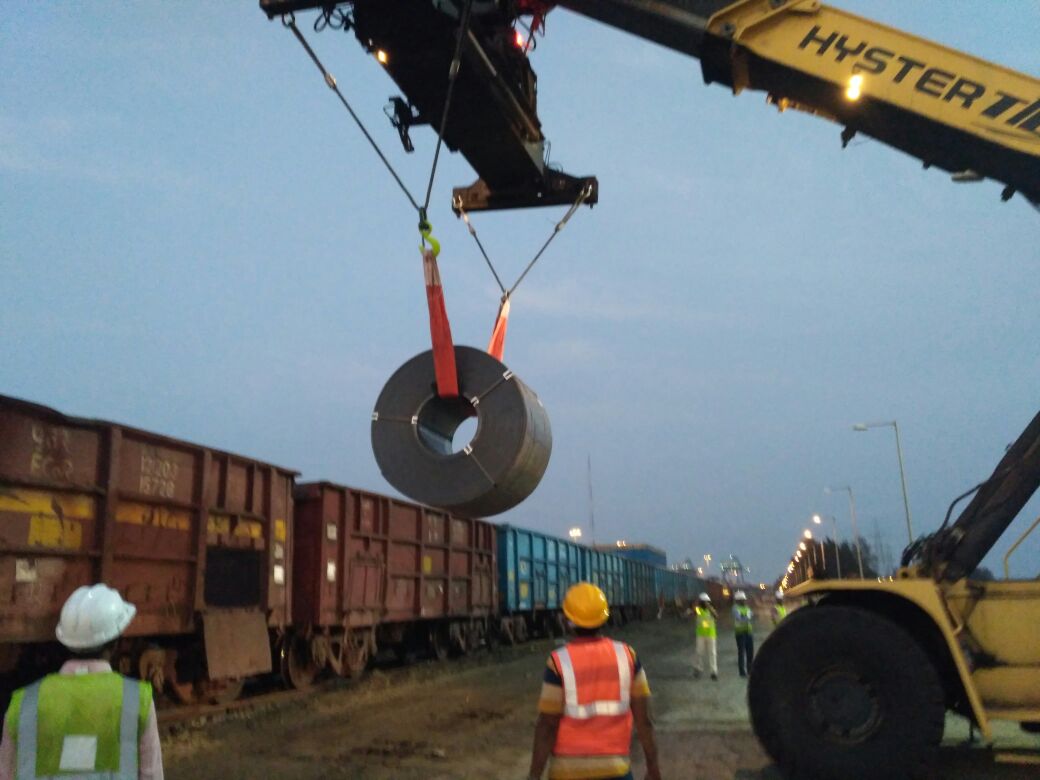 Bhubaneswar: Steel handling at Dhamra Port in Odisha’s Bhadrak district began on Sunday with the receipt of this first rack from Tata Steel’s Kalinga Nagar plant by the train rout.

In the first phase, 6000 MT steel coil was received by the Dhamra Port. With this, a new chapter in the profile of Dhamra Port commences.

The hinterland has many steel plants such as Tata Steel, GAIL, JSPL, Bhusan Steel, JSW etc. Steel consignment both for Domestic movement on coastal shipping route to Southern and Western India get a new avenue.

India’s penetration into South East and South Asia including ASEAN countries get a new port for despatch.

Notably, Gautam Adani, chairman of Adani Group on April 7 this year had informed about the strategic importance of Dhamra Port as a gateway to South Asia and ASEAN market.

It should be noted here that recently the Adani Ports had signed a long term re-gasification pact with the Indian Oil for Dhamra LNG terminal.

The proposed Dhamra LNG import terminal is designed for an initial capacity of 5 MTPA and expandable up to 10 MTPA.  Initially, it will have two full containment type tanks of 180,000 m3 capacity each.

It will be first of its kind in India and second LNG terminal on the east coast after IOC’s Ennore terminal in Tamil Nadu.

CCR Not Required For Promotion Of Group III Employees In Odisha