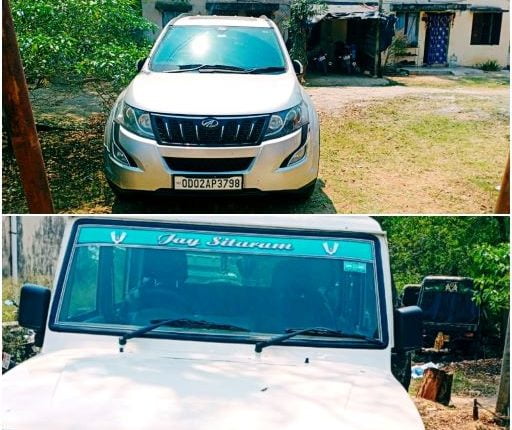 Bhubaneswar: The STF of Odisha Police has seized properties worth more than Rs 25 lakh of a wanted drug trafficker of Ganjam district.

The STF seized the properties following investigation into financial transactions of the trafficker, identified as Anil Kumar Pandi of Chhachina village under Kodala police station. On August 8, 2021, the STF team had seized around 10 uuintals of ganja, a Truck and other incriminating materials during raids on Anil’s house.

The latest seizure includes two costly vehicles – one Mahindra Bolero Plus and another Mahindra XUV 500 R FWD – of Anil which he had purchased out of illegal ganja business.

The STF has requested the Competent Authority and Administrator of NDPS Act, Kolkata, a quasi-judicial authority under NDPS Act, for forfeiture of the illegally acquired property.

Anil is one of the most wanted drug trafficker having involved in 11 NDPS cases in Gujarat. Earlier, his brother Sunil Pandi was arrested by Gujarat police while Anil is absconding, according to an STF release.

Orissa HC Not To Intervene In Fees Collection By Private Schools