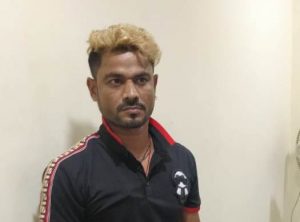 Balasore: Additional District and Sessions Court on Tuesday allowed the Special Task Force (STF) of the Crime Branch to take the drug kingpin Sheikh Raja on a seven-day remand for interrogation.

The STF had arrested Raja in Bhubaneswar on September 15 and seized a 7.65 mm bore pistol, live ammunition, Rs one lakh cash, six mobile phones, some ATM cards and other incriminating material from his possession.

Briefing mediapersons earlier in the day, Director General of Police (DGP) BK Sharma said that the STF will probe Raja’s international link during the remand period.

Preliminary investigation has revealed that Raja was supplying contraband to Khurda district with Chhota, Sanju, Paku and some others as his customers. Besides, he is involved in inter-state narcotic business in West Bengal, Goa, Odisha and Rajasthan.