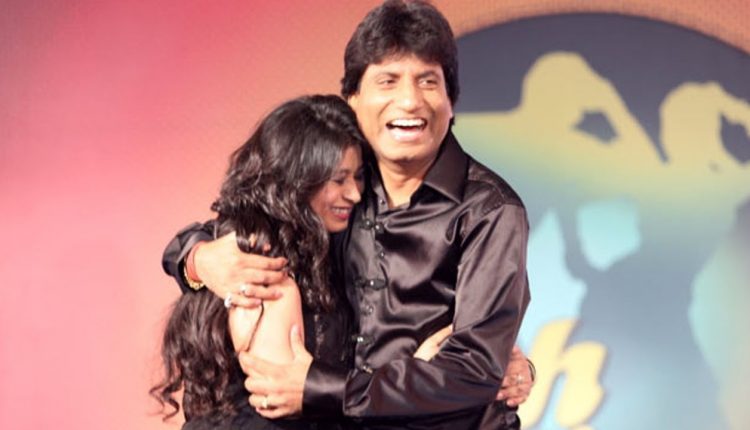 New Delhi: Amid news reports claiming that Raju Srivastava’s brain had stopped functioning, his wife Shikha Srivastava on Friday said that the comedian-actor is stable.

“He is stable. Doctors are treating him well. Raju ji is a fighter and he will come back to be amongst all of us. We need your prayers and wishes,” she told the media.

She also urged the media and fans to not spread any kind of rumours as it affects the family’s morale. “Please pray for his speedy recovery and he will be back soon. Doctors are giving their best and Raju ji is supporting them, He is fighting. So, kindly do not spread negativity,” she added.

Earlier a source told PTI, “He continues to be on life support and his health condition is critical. He has suffered brain damage and not yet gained consciousness.”

The 58-year-old popular comedian was admitted to AIIMS after he complained of chest pain and collapsed on the treadmill on August 10. He underwent an angioplasty the same day and has been in the ICU on a ventilator since then. His condition had improved but suddenly declined on Thursday. His close friend Sunil Pal, who has been in touch with his family, said, “I just spoke to Raju’s nephew Kushal a while back and I have got to know that Raju’s brain is not functioning. Doctors are trying their best and everyone is praying for him.”

Meanwhile, another stand-up comic Ahsaan Qureshi told Pinkvilla that now they are waiting for a miracle to happen, as even doctors have given up. “They’ve told the family that they could do whatever possible to save him, and now only a miracle can save him. The news about his death is untrue, the doctors have said that his brain is dead. His condition is very critical. We all friends are praying and chanted Hanuman Chalisa a few minutes ago,” he said.

Owing to his critical health, neurologist Dr Padma Srivastava from Kolkata has also been called for his treatment to Delhi, Times Now reported.