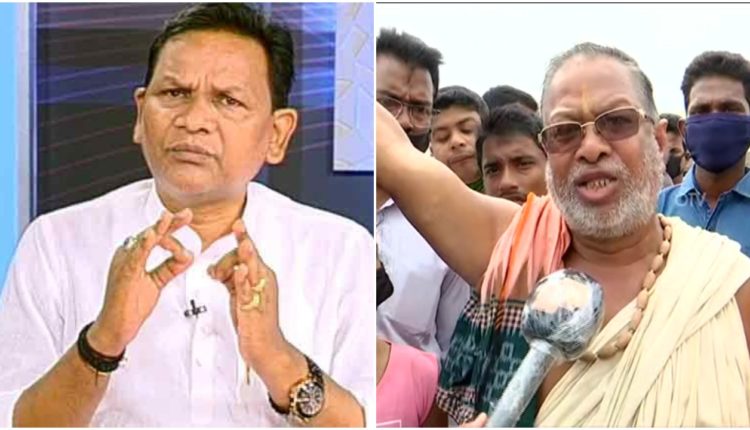 Bhubaneswar: Leader of Opposition (LoP) Pradipta Naik on Thursday said that stopping Rath Yatra after so much delay is not fair.

He blamed the Odisha government for lack of clarity on the issue from the beginning.

Pradipta questioned the rationale behind putting the ball in the Centre’s court in the first place. “The Centre had left the decision to conduct the annual festival on the Odisha government and the matter should not have been taken to court,” he said.

Earlier in the day, a three-judge bench of the Supreme Court headed by Chief Justice of India CJI Sharad Arvind Bobde said that such gatherings cannot take place at the time of the pandemic.”Lord Jagannath will forgive us if we stay the Rath Yatra this year… In the interest of public health and safety of citizens, Rath Yatra can`t be allowed this year,” the apex court noted.

The plea filed by an NGO named Odisha Vikas Parishad sought an immediate order directing the respondents, including the Odisha government, not to grant any permission for holding the Rath Yatra till the disposal of the accompanying writ petition.

“It is an emotional issue for 4.5 crore people of Odisha and the state government should have found a way out to hold the festival,” the LoP added.

Following the stay on Rath Yatra, Advocate Hitendra Ratha had told the media that senior lawyer Harish Salve appearing for Odisha submitted that the conduct of the festival might lead to huge public gathering and law and order situation, but he never mentioned about any alternative way to pull the chariots.

Senior servitor Binayak Das Mohapatra alleged a conspiracy behind the cancellation of Rath Yatra. “All preparations for the centuries-old annual festival have been wasted. What had not happened in the last 5 centuries became a reality today,” he said.

Meanwhile, the government has convened an emergency meeting of the Cabinet at 7.45 pm. With the Advocate General attending the meeting, speculation is ripe that the government may explore further legal options to hold Ratha Yatra.

Puri Jagannath Temple To Remain Closed For 4 Hours Today; Know About This Secret…