Straight From A Film Script: How Thieves Stole Silver Buried In Doctor’s Basement 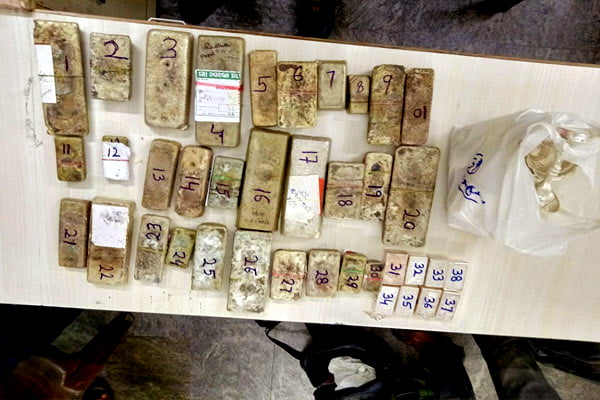 Jaipur: In a crime that can match the most exciting of film scripts, thieves spent a whopping Rs 87 lakh to dig a tunnel and steal a large quantity of silver from a doctor.

According to Jaipur Police, Dr Suneet Soni filed a complaint on February 24, claiming that the silver he had buried in his basement was missing.

“I had kept silver in a box at my basement and due to security concerns, I had buried the box under the basement’s floor. Owing to a requirement, when I saw the box after digging the basement, I saw the silver was missing and in order to reach the box, a tunnel was made… the box was cut… after which the silver has been stolen,” the doctor said.

The 44-year-old doctor has claimed that the silver belonged to him and his relatives, though he didn’t confirm the quantity.

Police said that there is an empty plot behind Soni’s house, which the thieves allegedly bought for Rs 87 lakh. A tunnel was then dug up connecting that plot to the doctor’s basement.

“The plot behind the house was purchased on January 4 for a registry amount of Rs 87 lakh. It appears that the planning was done in advance. In one of the under-construction rooms in the plot, the miscreants also covered the window with bricks so that no sound could go outside. Soni hasn’t told us yet about the exact quantity of silver. There were other boxes too buried beneath the basement but he is saying they were empty,” police informed.

To avoid anyone suspecting foul play, the thieves used iron sheets to cover the plot.

Bharat Biotech’s Covaxin For Children 2-18 May Be Rolled Out In Phases: Report

Another Odisha Doctor Succumbs To COVID-19