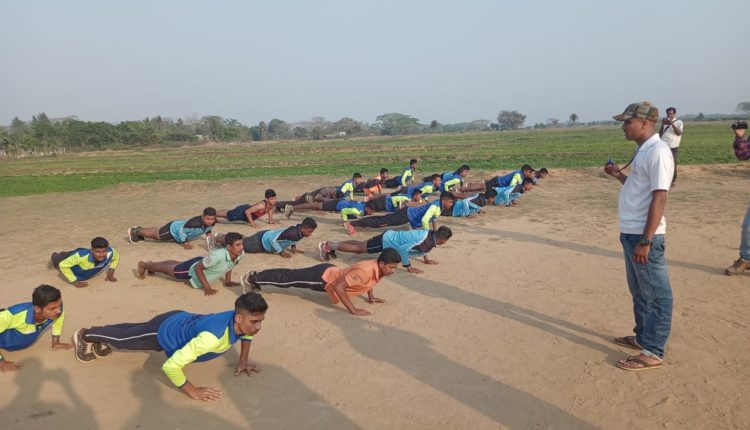 Silu, who drew the Prime Minister’s attention for imparting free training to local youths for services in Armed Forces, had joined Odisha Industrial Security Force (OISF) in 2016. Midway through the training, he left as he felt he was destined to do something more for the country.

“I was posted in Rourkela. During the training, I noticed that youths were facing problems in the physical fitness tests. I quit OISF, came back to my village Anantpur under Rohia panchayat in Jagatsinghpur district and started giving training to youths who are interested in joining the Armed Forces,” he said.

When he took the decision to quit the job to train the youths, his parents were not happy. “They were dissatisfied with my decision. In fact, they were very angry. Later, they supported me,” said 28-year-old Silu.

“I never expected that the Prime Minister will know about me and appreciate my efforts. His words have inspired me to work harder to contribute to my country,” said Silu.

Silu has already given training to more than 300 youths for the physical and written tests to join Armed Forces. Over 60 youths have qualified in the tests.

“After completing my graduation in a college in Naugaan in Jagatsinghpur, I was prepared hard for the physical fitness and written tests. That has helped me give training to the youths,” said Silu.

“My aim is to strengthen the youth power of the country. More youths should join defence services for the protection of our country. I want to make the youths to be self-dependent. We should do something for our society and for our country also,” he added.

Straight From A Film Script: How Thieves Stole Silver Buried In Doctor’s Basement

Mann Ki Baat: We Will Overcome This Crisis; Says Daughter Of…