Students From Europe, India To Prepare Project On Bhubaneswar’s Development 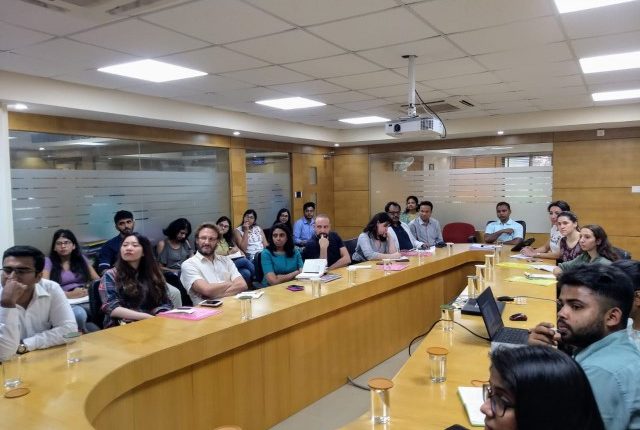 Bhubaneswar: Students from France, Germany and India will carry out a detailed study of the state capital , explore its rich heritage and suggest ways for its comprehensive development.

The proposed Indo-Franco-German students’ programme was highlighted in a statement today following a workshop on the ‘Role of heritage in the urban development of Bhubaneswar’. Town planners from the city and 27 students and faculties from France and Germany along with their Indian peers discussed various heritage aspects of the Old Town area dotted with 361 timeless monuments.

The statement said that a final workshop will be held in New Delhi in March where the students will give a presentation to the Government about their proposals for the development of the city.

Vice-Chairman BDA Prem Chandra Chaudhary interacted with the students at the workshop and advised them to understand the heritage potential of the Old Town area and give their frank opinion regarding its development and help in the planning process of BDA.

According to the statement, Germany and France are deeply involved in the national Smart Cities programme and the students are keen to study both Bhubaneswar and Chandigarh in detail, two post-independent planned cities that were designed by German architectures.

The workshop was organised jointly by KIIT School of Architecture and Planning, Heritage Cell of BDA, Bhubaneswar Urban Knowledge Centre and the French Embassy.

Three Held For Gang Rape Of Minor In Odisha’s Kandhamal

Want To Explore Unknown Places, Hit This Heritage Trail In…