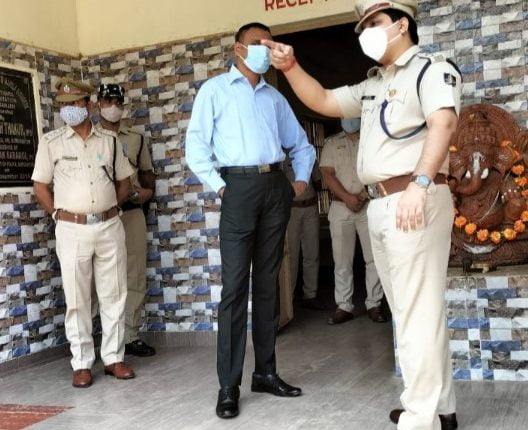 Berhampur: In a swift action in connection with the suicide inside Golanthara police station in Ganjam district, two cops were suspended on the charges of negligence of duty.

The suspended police are Diary Charge Officer (DCO) and Sentry of the police station. The IIC of Golanthara PS Babuli Nayak has also been transferred to District Police Office (DPO).

Meanwhile, two teams have been formed to inquire into the alleged suicide. While ASP Pravat Chandra Routray will focus on the negligence that led to the suicide on the PS premises, DSP Prakash Jena will be investigating the situation of unnatural death of Ganesh Dakua.

It may be mentioned here that Dakua was taken to the police station on Monday night and made to sit in the reception counter of Woman and Children Help Desk inside the PS.

During this time, Dakua reportedly hanged himself with his waist belt from the window grill of the reception counter. He was rushed to MKCG Medical College and Hospital where doctors declared him dead.

Meanwhile, IIC of Gopalpur PS, Bivek Mahanta has been given the additional charge as IIC Golanthara.

Does Your Child Have COVID-19? Know What To Do