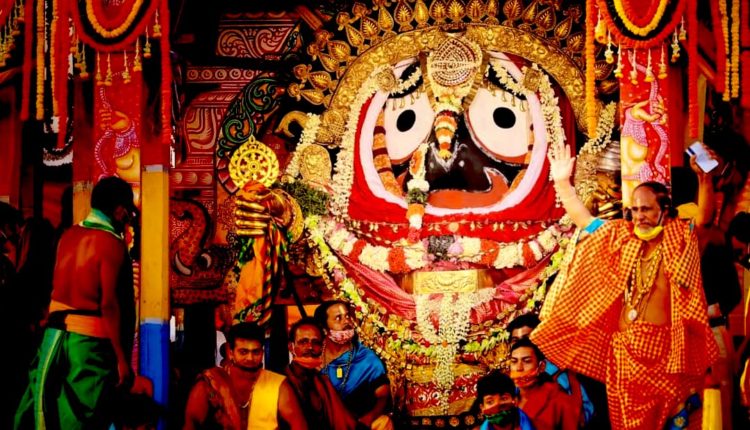 Puri: The sevayats of Jagannath Temple began Suna Besha (golden attire) of Lord Jagannath and His siblings atop the three chariots in the Pilgrim Town on Thursday afternoon.

After performing a series of rituals, the servitors brought out gold ornaments and precious stones from Ratna Bhandar of the temple and decorated the Lords.

For the first time, the Suna Besha is being held in the absence of the devotees due in strict adherence to the Supreme Court directive amid the COVID-19 pandemic.

The Suna Besha, which began at 4 pm, will continue till 11 pm, sources in the Shree Jagannath Temple Administration (SJTA) said.

To avoid a large congregation of devotees to witness the Suna Besha, curfew has been clamped in the entire Puri district from 3 pm to 10 pm while in the Pilgrim Town, it will remain in force between Market Square and Jagannath Temple for the whole day.

Around 60 platoons of police force have been deployed for the smooth conduct of the ritual. “A platoon police force was engaged in escorting and guarding gold ornaments of the deities,” said Puri SP Uma Shankar Dash.