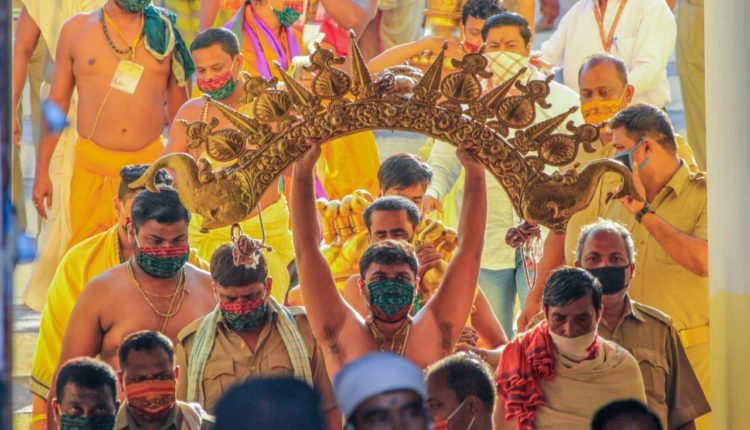 Puri: After the homecoming (Bahuda Yatra), devotees got an inkling of Lord Jagannath’s affluence as he, along with His siblings gave darshan in Suna Besha (golden attire) from 4 pm on Thursday.

One of the richest deities in the country, they glittered atop the three chariots,  Nandighosa, Taladhwaja and Debadalana parked at Singhdwar of Jagannath Temple, donned in huge quantities of gold ornaments. 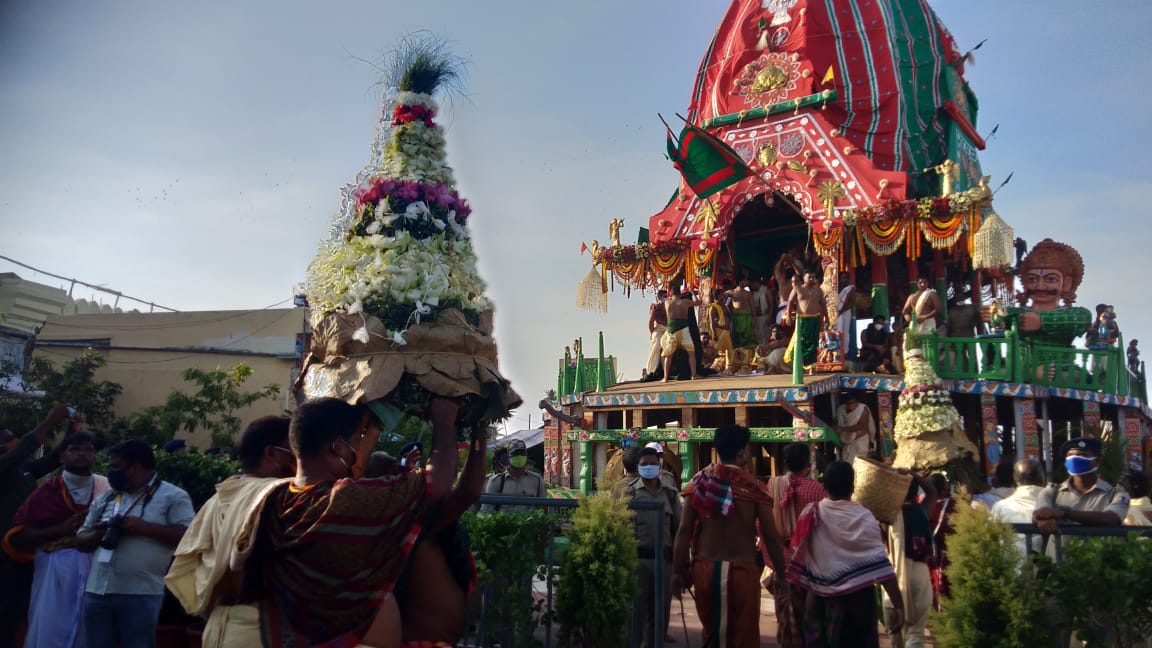 Legend has it that Suna Besha began during the reign of King Kapilendra Deb in 1460 when he brought gold on 16 elephants to Puri after a winning a battle with another king and donated them to Jagannath Temple, said a temple priest. 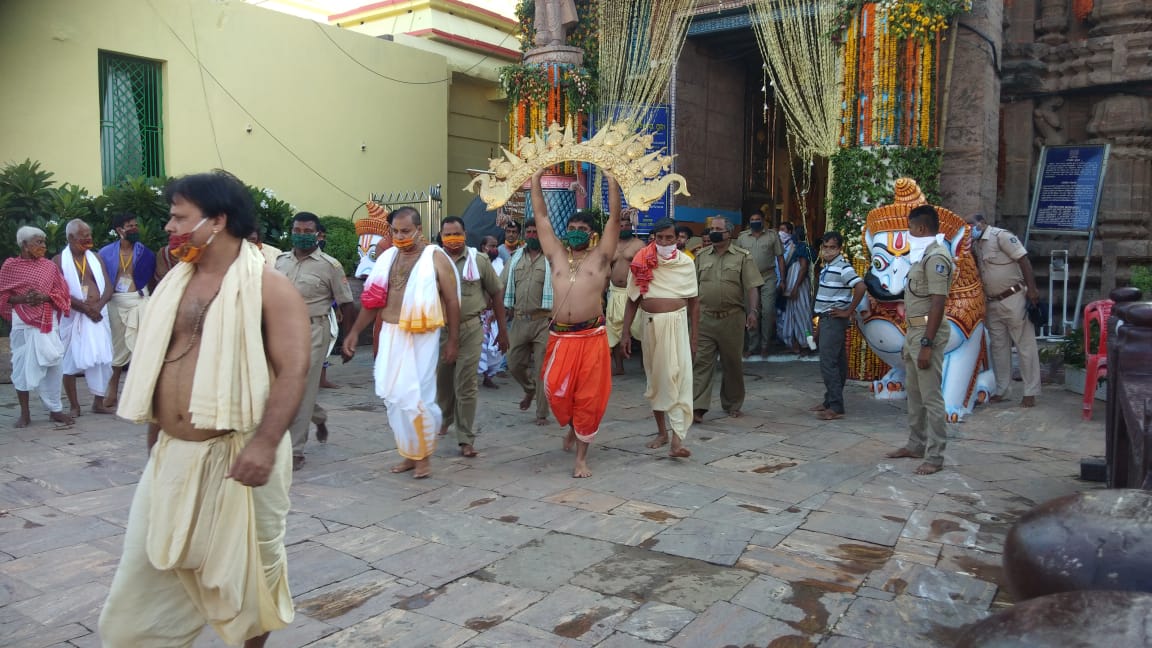 The temple’s bhandara ghar is where the gold ornaments are stored. Escorted by armed policemen and temple officials, bhandara mekap priests (store in-charge) bring the gold jewellery laced with invaluable stones and hand it over to Puspalaka and and Daitapati priests 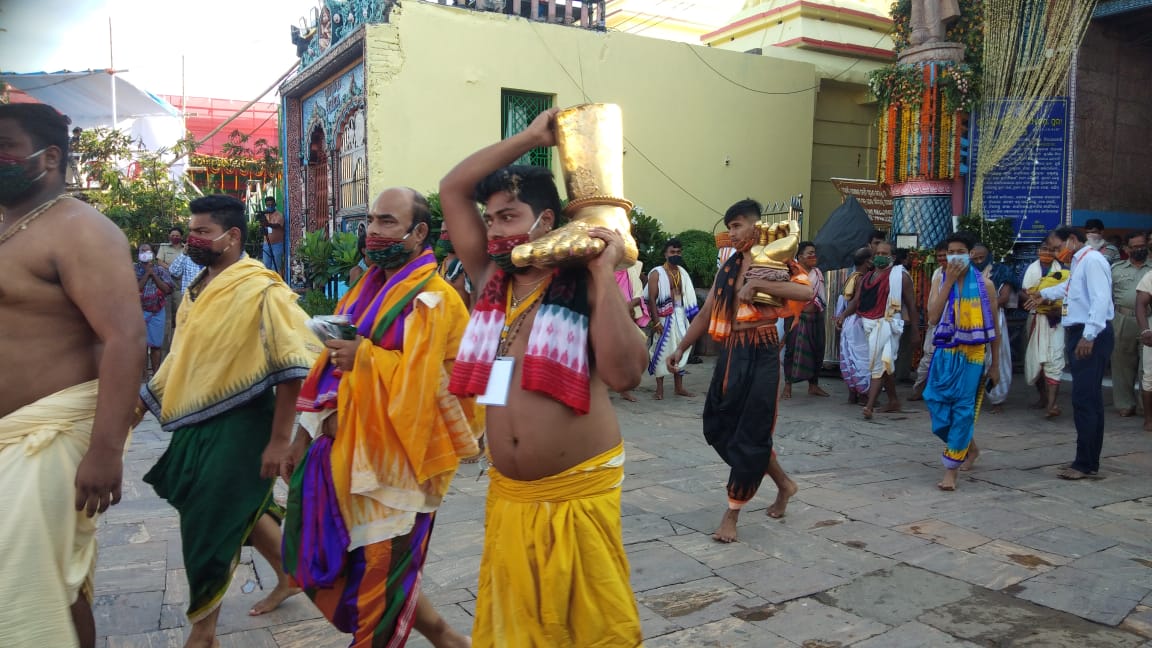 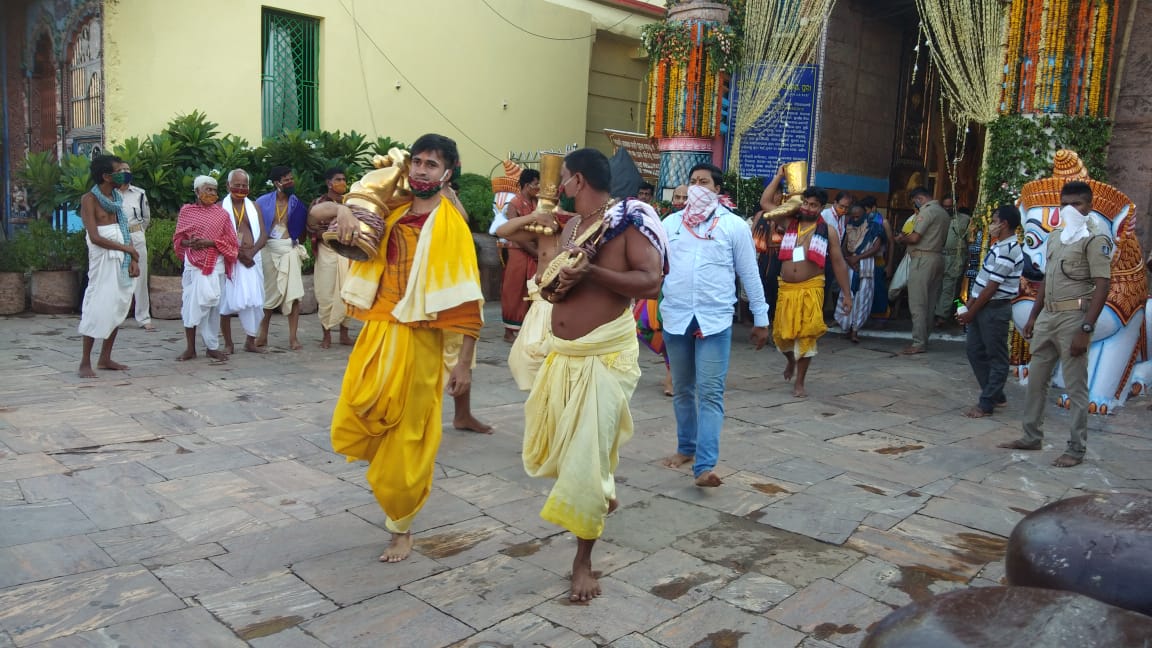 According to the priest, the deities were decked up with gold ornaments of nearly 138 designs during the era of Kapilendra Deb. The number has come down to 20 to 30, now, he further said. 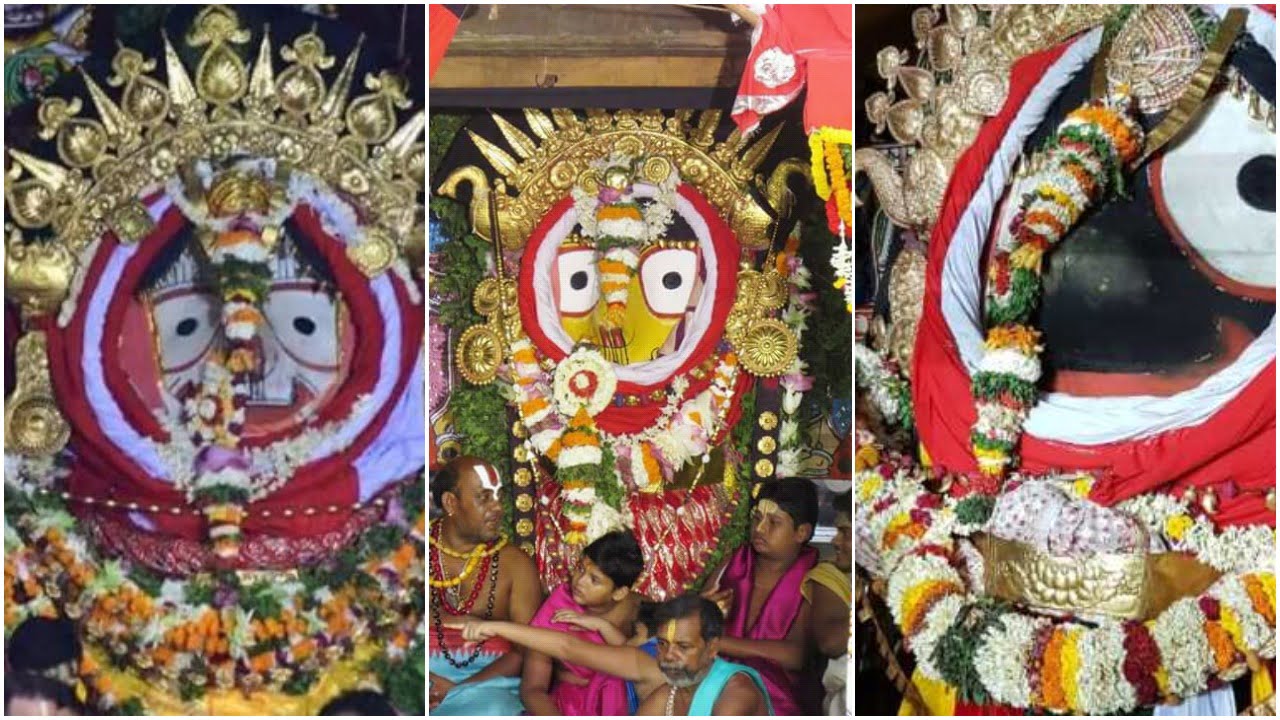 The designs are still intact. They are repaired as and when required using raw gold donated by pilgrims, he added.