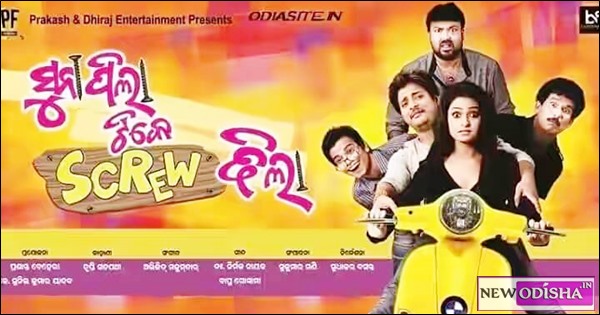 Bhubaneswar: The audio of upcoming flick ‘Sunapila Tike Screw Dhila’ was released here recently. The film is slated to hit theatres across Odisha on August 4.
Babushan and Sheetal are in the lead while Papu Pom Pom provides the comic relief in the film.
Produced under the banner of Prakash and Dhiraj Entertainment in association with Babusan Films, the movie has been directed by Sudhakar Basant.
Though Babushan plays a serious character, comic scenes are in plenty to entertain audience.
The music has been scored by Abhijit Majumdar while Nirmal Nayak and Bapu Goswami have penned the songs.
Like many of his movies, Babushan has done playback singing in the film. The other singers are Tariq, Abhijit, Pragyan and Pinki Pradhan.
Babushan and Sheetal were last seen in ‘Jie Jaha Kahu Mora Dho’.