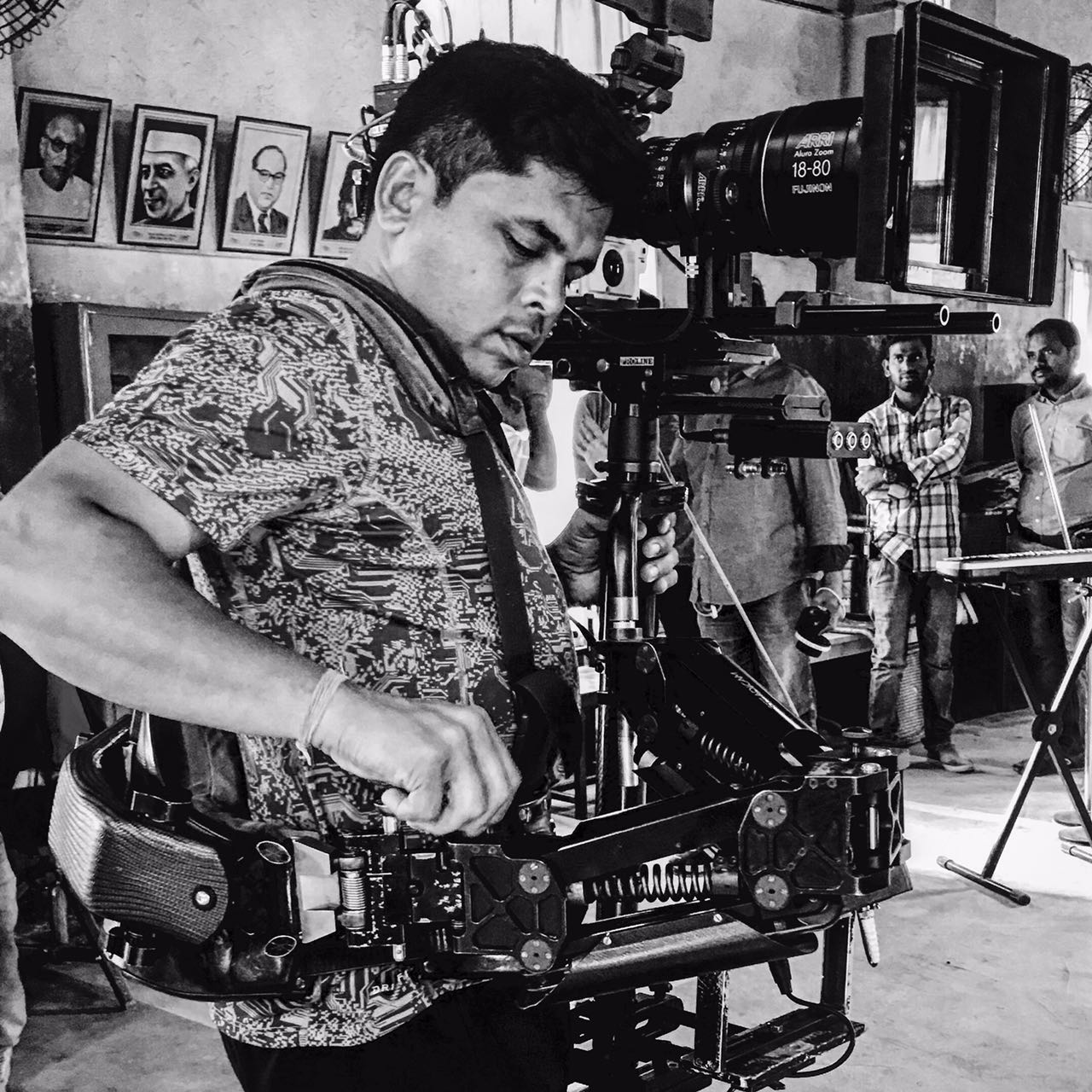 Bhubaneswar: Taking smooth shots without any jerks while holding a steadicam, weighing 40 kg, requires much training and expertise. Moving scenes in films and television serials are often captured using this camera stabilizer mount.
Manoj Mishra, one of the busiest steadicam operators in Mumbai, seems to have mastered such shots. Hailing from Balangir, he has worked in more than 70 Hindi films and 60 South Indian films in his career spanning 14 years.
Manoj did not have any prior technical training. He acquired the skill while working under established camerapersons in the city of dreams. “Moving a camera on an irregular surface as per the requirement of the scene is a difficult task. Steadicam comes handy while shooting fight sequence, running, dance steps and inside water scenes as it mechanically isolates the operator’s movement, allowing for a smooth shot,” he said.

The films Manoj shot includes Agneepath, Phantom, Dirty Picture, Ram-Leela, Don-2, Drishyam and Rowdy Rathore, Munna Michele, among others. The scene in the recently released film ‘Mom’ where Akshaye Khanna is seen dragging the culprit from his house was shot by him.
On whether he would like to work in Odia film industry, this highly-paid steadicam operator said maybe if the filmmakers plan a big-budget movie.
Manoj’s upcoming projects are Anurag Kashyap’s ‘Mukkabaaz’ and Yash Raj film’s ‘Qaidi Band’.
BollywoodManoj MishraMumbai
Share FacebookTwitterGoogle+ReddItWhatsAppPinterestEmail