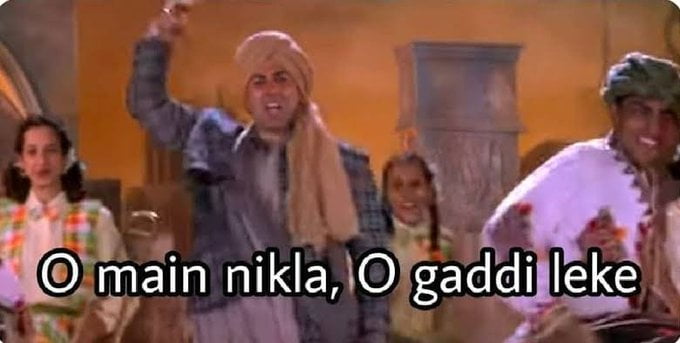 Bhubaneswar: Member of Parliament (MP), Sunny Deol from Gurdaspur, Punjab is nowhere to be seen amidst the farmers’ uproar in Punjab and Haryana.

While politicians like Harsimrat Kaur resigned from the Cabinet in support of the farmers, celebrities like Sargun Mehta, Diljit Dosanjh have openly criticised the farmers’ bill.

The actor turned politician had promised to solve all the problems of the constituency after winning the elections.

His absence has enraged people who are now demanding to know where he is when the farmers of the land need help and support. #SunnyDeolWhereAreYou has been trending on social media.

Fans have been criticising the BJP MP for playing strong roles that advocate fighting for the cause of the weak but doing nothing for them in real life. One Twitter user wrote, “Who used to be a lion in the film world Now it becomes a heap after moving to #BJP.”

Who used to be a lion in the film world Now it becomes a heap after moving to #BJP
Follow ? @bashu_sanchita@_garrywalia@HansrajMeena#SunnyDeolWhereAreYou pic.twitter.com/eTmt4IIZ3T

Some also started asking Navika to find out the whereabouts of the actor.

Hey navika can you track where is sunny deol ??

Sunny Deol Sir where are U when The Kissan Of India Needs Your Support!

Sunny Deol ji where are You, Farmers Of India Needs Your Support.

Show your power of Handpump raise the voice of farmer’s.#SunnyDeolWhereAreYou pic.twitter.com/9N7noE695O

People voted and made him MP thinking his strong voice would echo in the parliament but it’s shame that he has gone into a hiding since last election and hasn’t uttered a single word for farmers and labourers who are his greatest fans. Sunny u r a coward. #SunnyDeolWhereAreYou pic.twitter.com/vtacHWsAjx

Daughters’ Day: Raising A Toast To Some Inspirational Women Of India