Daughters’ Day: Raising A Toast To Some Inspirational Women Of India 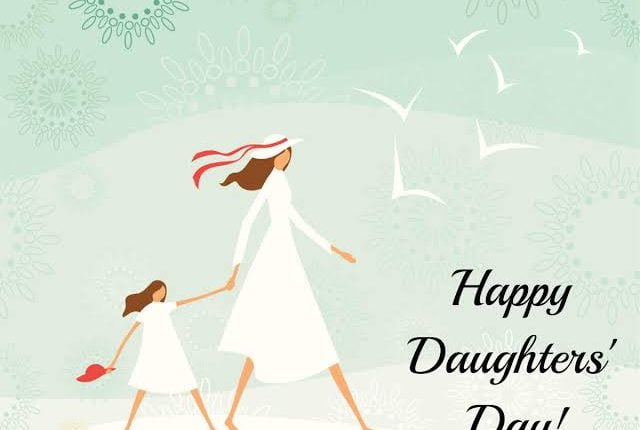 Bhubaneswar: The country celebrates the fourth Sunday of September as Daughters’ Day every year.

To celebrate the special day, Odisha Bytes salutes some of the influential and inspirational daughters of India who made their mark in a male-dominated society.

Tessy Thomas is also known as the ‘Missile Woman of India’. She became the first Indian woman scientist to head a missile project in India. She was the former project director for Agni-IV which was successfully tested in 2011.

Sania Mirza has redefined the definition that a woman can achieve anything she wants if she has the willpower and dedication. The icon of Indian youth and sports, she is the first Indian woman tennis player who has won all four Grand Slam events.

#Repost @miraigirls (@get_repost) ・・・ In today's series of #miraigirls we present the 'Wonder Woman of India' – Dr Seema Rao , @commandowoman An episode of sexual harassment on a public road in her late teens triggered Seema Rao to toughen up and learn to defend herself through martial art. She went on to become the world's first woman commando trainer having trained Special Forces of India for over two decades without compensation and is an expert in close quarter battle. With immense support and encouragement from her husband, Major Deepak Rao she completed her martial arts and combat training; studied alternative medicine, immunology and leadership from international universities; and learnt fire-fighting, jungle survival, mountaineering and scuba deep-sea diving. A Tedx Speaker and feminist role model, Seema feels a sense of responsibility towards fellow women. “Women don’t know their own self-worth,” says Seema. “Over generations, women have been brainwashed into believing they are not capable. But they have to be made aware of their qualities.” Hers is a story of resilience and strength. MiraiMe salutes her passion. #miraigirls #womenempowerment #miraime #bleedfree #bleedvagina #commando #specialforces #tedx #organic #natural #inspiringwoman #dailyinspiration #womenofinstagram #periodtalks #proudcitizen #feminism #tampons #menstruation #strongwomen #menstruation

Seema Rao is the first Indian woman commando trainer. Also qualified as a professional medical doctor, she holds a degree in MBA in crisis management.

Saina Nehwal is a household name in India and her contribution to badminton is undeniable. A former world no. 1, she has won over 24 international titles including 11 Superseries titles. She has represented India three times in the Olympics, winning a bronze medal in her second appearance.

Priyanka Chopra Jonas is very versatile. She is an award-winning actress, successful producer, good singer, and a great speaker and influencer. The winner of the Miss World 2000 pageant, Priyanka is the recipient of the National Film Award and five Filmfare Awards. In 2016, the government honored her with the Padma Shri, and Time named her one of the 100 most influential people in the world. Forbes too has listed her among the World’s 100 Most Powerful Women.

She is the first Asian woman to win the People’s Choice Award for best actress in a lead role.

Happy #olympicday .Wishing everyone a very healthy life with the power to excel and celebrate Olympic Day in the true values of sportsmanship.

Mary Kom is a big name in Women’s World Boxing. She is the first Indian woman to win a gold medal at the Asian Games (in 2014) and the Commonwealth Games (2018). Also, she won eight AIBA World Boxing championships since its inception in 2001 (six golds, a silver, and a bronze). She became no.1 in the AIBA world rankings in the flyweight category.

Kiran Mazumdar Shaw is an Indian entrepreneur, chairman and managing director of Biocon Limited, a biotechnology company based in Bangalore. She is on the Financial Times’ top 50 women in business list. In 2014, she was listed as the 92nd most powerful woman in the world by Forbes. Also, she was awarded the Othmer Gold Medal for outstanding contributions to the progress of science and chemistry

Pure handwoven tusser silks! let’s help our weavers. #supportweavers #supportartisans #handloom Book yours at, or mail to get the catalog [email protected] WA +91 91744 36404

Karnam Malleswari is the first Indian woman to win an Olympic medal in weightlifting. She is a recipient of the Rajiv Gandhi Khel Ratna, India’s highest sporting honor, and conferred with the Padma Shri in 1999.

Hello Thursday ! All dressed up for the afternoon webinar in hues of purple , my second favourite colour after Blue #bleedblue🧢💙 #bleedpurple💜

Mithali Raj, the captain of the Indian Women’s Cricket Team, put India on the map in women’s cricket. Mithali is the highest run-scorer in Women’s International Cricket and the only female cricketer to have scored more than 6000 runs in women’s ODI.