Jeypore: The Koraput district has been witnessing a surge in COVID-19 cases since last week.

The highest single-day spike of 50 cases was reported on July 13.

A day after another 45 positives cases, the district’s affected tally touched 311 on Monday after 41 more people testing positive for the virus.

Among the new cases detected in the last 24 hours, 20 are among those in home quarantine, nine in quarantine centres and 12 contacts of previous cases.

As many as 29 are returnees from outside the state and other districts of Odisha. Four Health worker and a security guard have also been infected, the district administration tweeted. 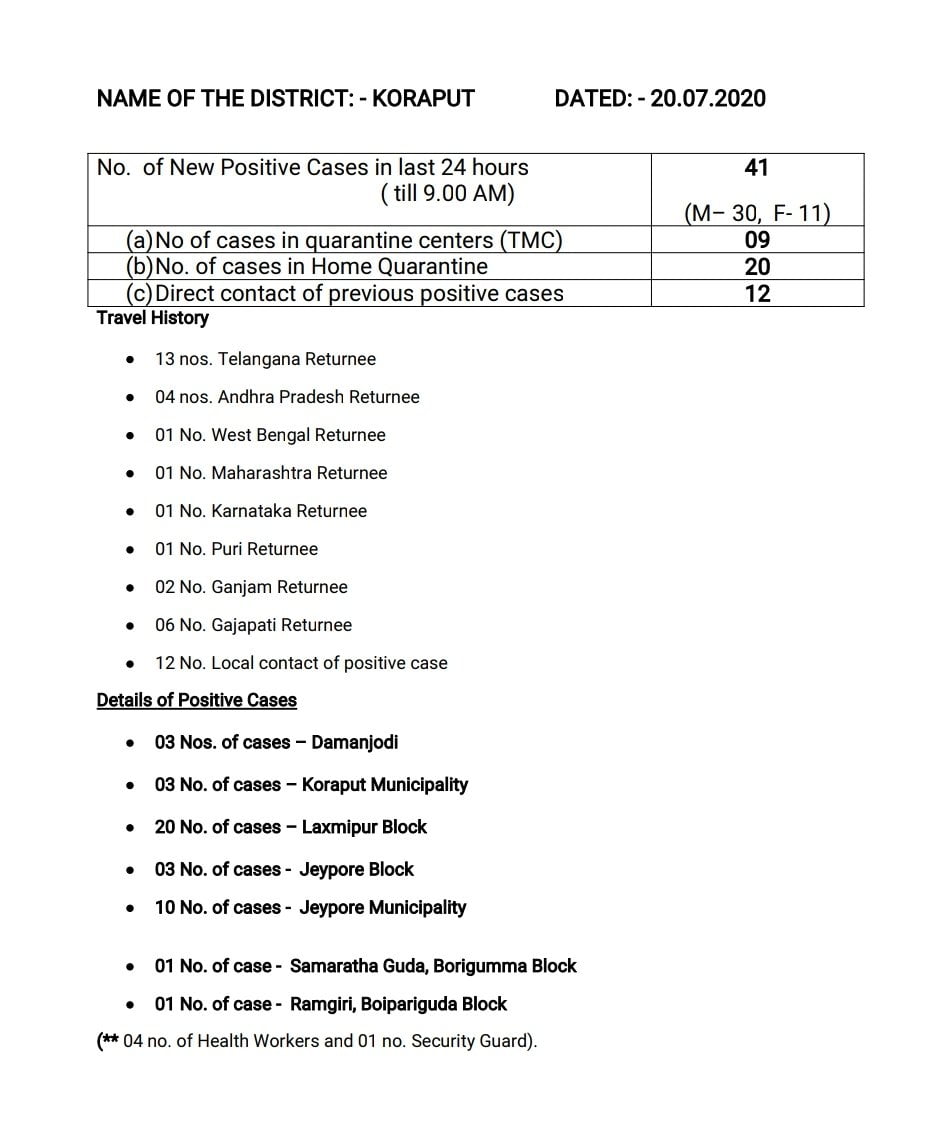 Validity Of Vehicle Documents In Odisha Extended Till Sept 30

Maoists Fail To Create Trouble in Odisha During Martyrs’ Week