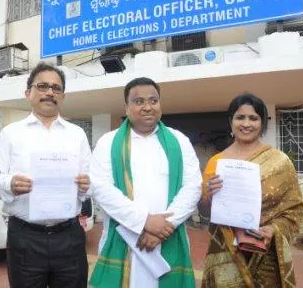 Bhubaneswar: A BJD delegation met Chief Electoral Officer Surendra Kumar here on Thursday, demanding action against the BJP for allegedly promoting a central government scheme though ‘surrogate advertising’, in violation of the model code of conduct.

They alleged that BJP was trying to hoodwink the voters though such surrogate advertising.