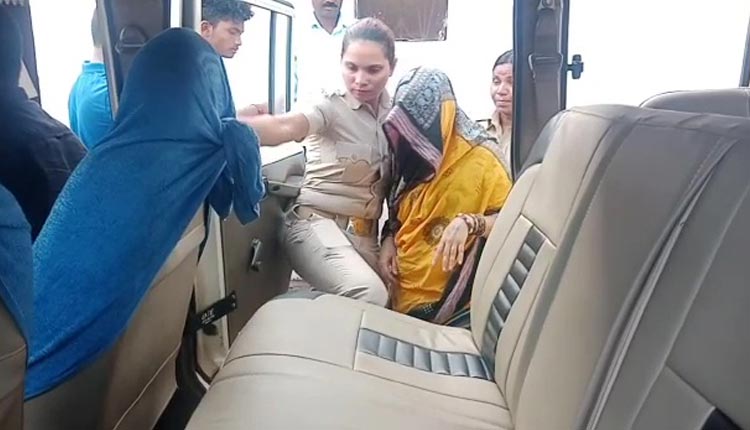 Bhawanipatna: The police have cracked the mysterious Suryakanti Meher murder case at Pragati Nagar in Matigaon village under Junagarh police limits in Kalahandi district on Monday. Shockingly, her sister-in-law Chandrakanti had hired a supari killer to kill Suryakanti over a family dispute.

The police arrested the accused sister-in-law, Chandrakanti and the supari killer, Tankadhara Pandey.

The incident took place on February 18 this year at Matigaon village in Junagarh. Tankadhara killed Suryakanti by slitting her throat and later crushed her head with a stone.

Chandrakanti had plotted the murder and had given the supari killer Rs 25,000 in instalments to kill Suryakanti.

According to sources, Suryakanti Meher was very poor. There was dispute between the families of Suryakanti and Chandrkanti. On February 18, Suryakanti’s husband and children had gone to a relative’s house. Chandrakanti gave this information to the supari killer. Both went to Suryakanti’s house and killed her.

The police did not get any clues for six months after the murder, following which, the case was handed over to the crime branch for investigation.

Indigo Flight From Bhubaneswar To Dubai From November 1