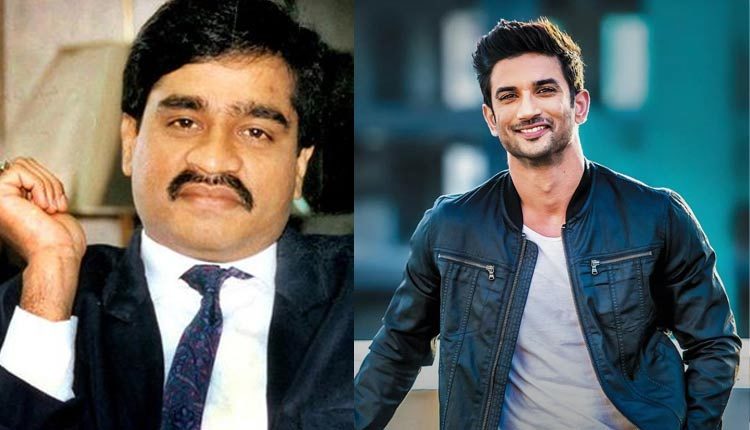 Mumbai: Bollywood actor Sushant Singh Rajput’s suicide case has become a mystery with various theories being linked to it.

Now, ex-RAW officer NK Sood’s revelations related to the case have made it more sensational and complicated.

According to Sood, Sushant Singh Rajput was murdered by Dawood Ibrahim with a “foolproof plan.”

In his video, the ex-RAW officer stated that though Dawood doesn’t live in Mumbai now, he still has a strong hold over Mumbai and Bollywood.

“Many B-town celebrities participate in the events organised by Dawood’s team abroad and help the gangster earn money which is used for funding ISI. The celebrities also receive a huge sum of money in return,” said Sood.

Sushant was reportedly getting death threats over the phone before his demise, and thus the actor had even changed his SIM almost 50 times.

The actor was so scared for his life that he had even slept in his car at a remote place fearing that someone might kill him at his house.

Sood claims that Sushant was murdered by professional criminals and that is why the CCTV cameras at his apartment complex were shut off a day before his demise and the duplicate keys of his room were also misplaced.

All these evidences are enough to conclude that the actor was murdered, said Sood.

The ex-RAW officer further stated that Sushant’s girlfriend Rhea Chakraborty, his close friend Sandeep Singh and his servant at the house were well aware of the trouble brewing in Sushant’s life. But, they chose to stay away from it and leave the actor alone.

The officer also mentioned the names of B-town biggies Karan Johar and Salman Khan in his video but didn’t state anything in detail about them.

Sood has also alleged that the Mumbai police are trying to put up a show that they are probing the case sincerely, but in reality, they are trying to save the culprit.