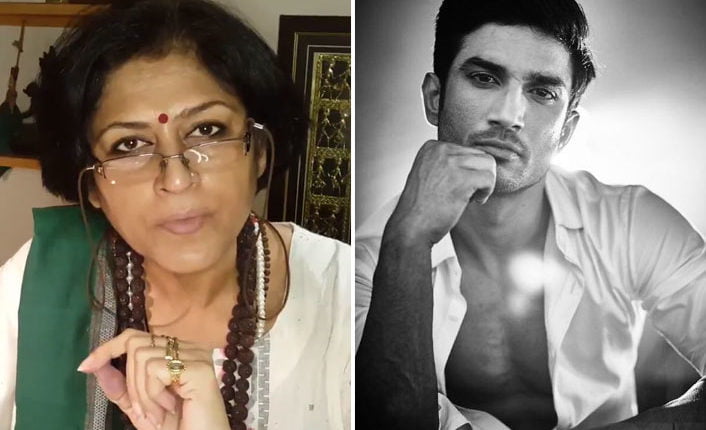 Mumbai: Amidst allegations of nepotism in Bollywood in the wake of Sushant Singh Rajput’s tragic death, actress-turned-politician Roopa Ganguly has made a shocking revelation that the late actor’s Instagram account is still active and evidence is being tampered with.

Since his death on June 14, his Insta account has been unfollowing those the actor used to follow when alive.

“Nobody knows what is being added and what is being deleted. How come somebody is operating his account? Is it the police or somebody else? How is it that his Instagram account is being operated now?” she questioned.

The veteran actress also stated that she has taken screenshots of Sushant’s Insta account to prove her statement.

“When I first heard this, I did not believe it. Then I saw some screenshots. I myself have taken some also. How is this possible? When will CBI investigation begin? Will it begin only after all the evidence has been destroyed?,” she added.

Demanding a CBI probe into the actor’s suicide case, Roopa tagged PM Modi and Home Minister Amit Shah in her tweet, which read: “If this is true then I must admit that it is quite unsettling as this implies evidence tampering. How long do we wait for transparency in this case? when will CBI intervene? #cbiforsushant.”

Listen to what Roopa Ganguly has to say:

I am quite shocked at what I have just heard and then seen myself
Is anyone operating Sushant's phone?
How is his Instagram account unfollowing people "he" followed?
CBI 's presence isn't required ?#cbiforsushant #roopaganguly @AmitShah @narendramodi pic.twitter.com/Autr6urJ5u

Roopa has been continuously tweeting and appealing for a CBI inquiry into the Sushant case.

An independent CBI investigation will not compromise on the truth, safety and security of personnel questioned, scrutinized or involved in the case. Why are we delaying it?#cbiforsushant #roopaganguly @CMOMaharashtra @AmitShah @narendramodi pic.twitter.com/UA7T4cpGG9

Why is there not enough correlated and correct information about the case and the scene that is accessible to the common us?#cbiforsushant #roopaganguly @CMOMaharashtra @AmitShah @narendramodi pic.twitter.com/rBfbaAFd5J

Sushant died by hanging himself at his Bandra residence on June 14. The 34-year-old actor’s untimely demise has shaken the entire Bollywood fraternity.

Although the final post-mortem report has confirmed that it is a clear case of suicide, many still suspect foul play in the actor’s death.