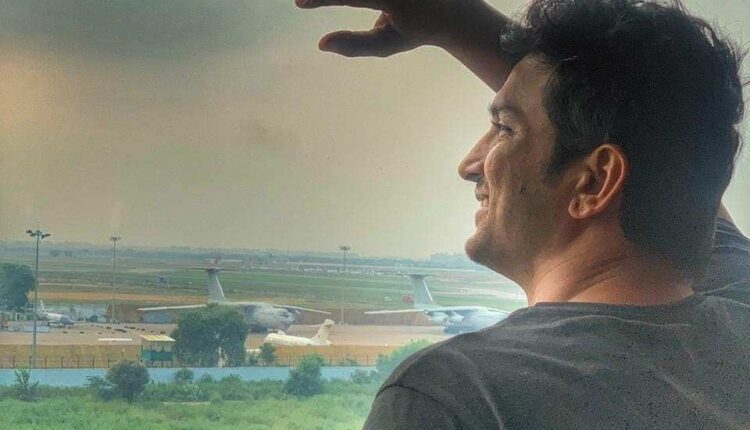 New Delhi:  Following Rhea Chakraborty’s interview with India Today, in which she said Sushant was locked up in his room when they were holidaying in Paris last year, a video of the actor enjoying himself at Disneyland went viral on social media platforms.

He had captioned the video as: “Mickey in Disneyland! #livingMyDreams #lovingMyDreams.”

The video shows the actor having a good time in Paris, in contradiction to what Rhea had stated in her interview. Soon after, netizens started slamming Rhea for her botched-up interview on Thursday.

“She is saying #SSR was in his room in Paris for 3 straight days and he didn’t come out of his room in #Paris !!! Hello hello, here is d proof of him enjoying in disneyland Paris… Wat a liar she is,” one user wrote.

Another tweeted: “So Rhea Madam, tell me who is this, who is seen having fun at Disneyland. #ArrestRheaChakroborty.”

“She said #SSR was in his room in Paris for 3 days, he didn’t come out. What about this,” posted another user.

“Perhaps #RheaChakrobarty was correct!!! Probably we all are depressed too and are hallucinating about the video in which #SSR was hallucinating enjoying Disney world “without leaving his room in Paris”!!!” wrote another.

But Rhea Said Sushant wasn't well in Paris and he didn't get out of his Room! pic.twitter.com/RUNBd2Zm8x