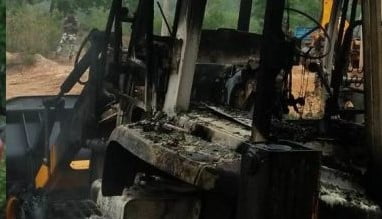 According to sources, the miscreants torched four vehicles, including a JCB, on Thursday night. The driver managed to escape from the spot.

Though the miscreants are yet to be identified, it is suspected that they are the members of PLFI.

Cloudy Weather To Prevail Over Coastal Odisha For Three Days