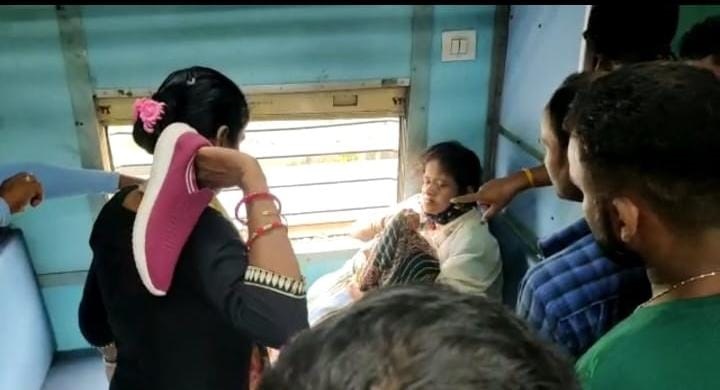 Berhampur: A woman was thrashed by a co-passenger with a footwear on suspicion of practising sorcery inside a train in Odisha. A video of the incident has gone viral.

The woman, Archana Mishra, was going to Bhubaneswar from Berhampur on the Palasa-Bhubaneswar passenger.

A woman co-passenger started thrashing Archana with a footwear after some passengers claimed she was carrying a cattle head, cattle bones, vermilion and rice for sorcery, according to a media report. Archana also tried to hit back at her attacker with a chappal, the report said.

Refuting her co-passengers’ allegations, Archana alleged they tried to snatch her vanity bag, took away her Aadhaar and PAN cards and even tried to steal her money.

“The passenger who claimed that I threw rice on him was in fact trying to snatch my vanity bag and steal money. They have taken my Aadhaar, voter ID and PAN cards. The rice spilled when they tried to snatch my belongings,” she was quoted in the report as saying.

GRP personnel arrived at the scene and brought the situation under control.