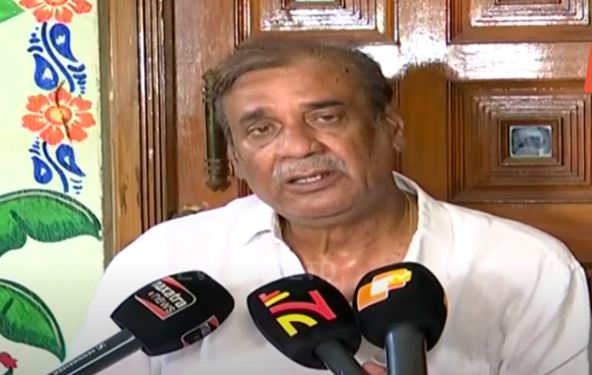 Bhubaneswar: Odisha’s Science and Technology Minister Ashok Panda has said the National Monument Authority’s (NMA) nod to ambitious projects, including the heritage development and beautification plans at Ekamra Kshetra around Lingaraj Temple in Bhubaneswar, is a matter of pride for the state.

Also hailing NMA’s approval for Shree Mandira Parikrama (Puri heritage corridor) project and around Sun Temple at Konark, he thanked Chief Minister Naveen Patnaik on Wednesday for his initiative and sincere efforts in this regard.

Panda, who represents Ekamra-Bhubaneswar in the state Assembly, said the NMA issued a ‘No-Objection’ to execute developmental works around the 11th century Lingaraj Temple because of the initiative taken by the CM.

Himself a ‘sevayat’ of Lord Lingaraj Temple, Panda said construction of a heritage park, Lingaraj multi-modal hub, an entrance plaza for the shrine, Kedar Gauri plaza, Lingaraj haat and a bhajan mandap have been approved by the NMA.

“As a sevayat and an MLA from Bhubaneswar, I thank the NMA for according its nod for the development project at the historic site. It is a matter of pride not only for the state capital but also for the people of Odisha as a whole,” he said.

He said that a number of ponds will also get a facelift in Bhubaneswar, popularly known as the city of temples, in order to attract tourists as well as pilgrims from across the country and abroad.

At Konark, construction of a foot over-bridge, multi-modal transit hub, boulevard, landscaped plaza and an information centre will be taken up in the regulated area of the 13th century World Heritage Site.

A rain garden, landscape plaza, shuttle pick-up and drop facility and shuttle lane have also been permitted near the Konark Sun Temple under the exception clause to the definition of construction under Section 2(dc) of AMASR Act, 1958, the sources added.