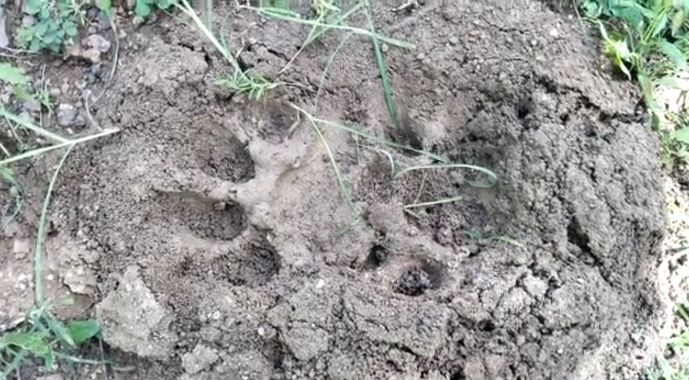 Nuapada: Panic has spread among villagers after pug marks, suspected to be of Royal Bengal tiger, were found in a forest range of Odisha’s Nuapada district.

According to sources, the pug marks were found in an area covering 9 villages under Sinapalli forest range in the district. The pug marks resembling that of a tiger were found spread over different forest areas close to human habitation.

The villagers of Ghatmal, Jogabhata, Badamal, Palnapada, Pandaripani and Aramela have claimed to have seen four tigers prowling on the outskirts of their villages. They are not moving out of their houses after sunset and are remaining in a state of panic in fear of attack by the tigers.

Speaking to media persons, Murari Prasad Panda, Ranger, Sinapali admitted that the pug marks of a wil animal have been found in his range. “It has not been confirmed whether the pug marks belong to a tiger or leopard. We have sent their pictures to wildlife experts for verification,” he said.

Panda further said a team of Forest officials has been deputed to the areas where the pug marks have been sighted to keep watch on movement of wild animals. But they are yet to get any information.

“We will also set up trap cameras in the forest areas. After the cameras capture the animal, it can be confirmed whether it is tiger or leopard,” the ranger said.