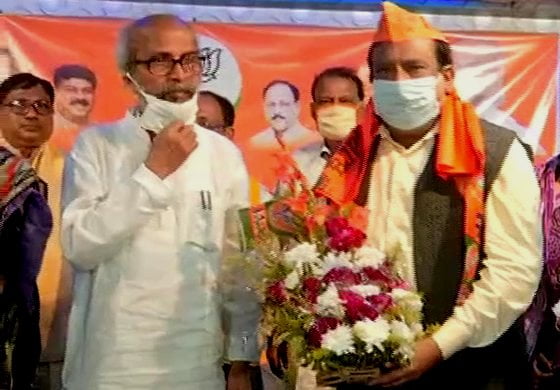 Dash was welcomed to the Saffron party by Balasore MP and Union Minister Pratap Sarangi at a function here.

“I am very happy to return to my home,” Dash told mediapersons after the function.

Dash had won the Balasore Assembly seat as a BJP candidate in 2000. Later, he quit the party and joined the BJD in 2009 and retained the seat twice in the 2009 and 2014 Assembly elections. However, he lost to BJP candidate Mandan Mohan Dutta in the 2019 elections.

Though he was hopeful of contesting as a BJD candidate during the 2020 bypoll following the death of sitting BJP MLA Madan Mohan Dutta in June 2020, the party chose Swarup Kumar Das.

Dash was later suspended from the BJD for anti-party activities during the bypoll.