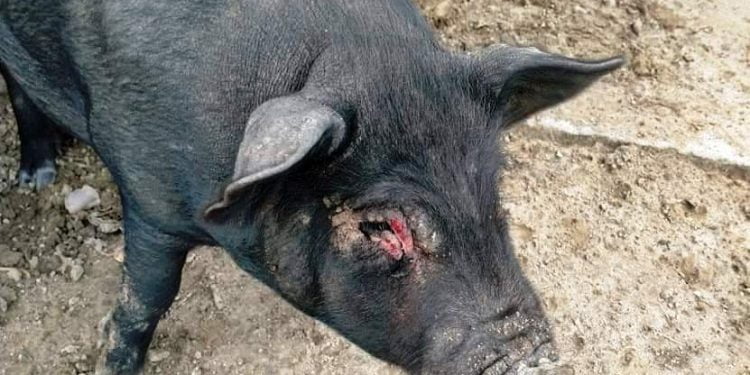 Berhampur: The death of several pigs in the last eight days have triggered alarm over a possible outbreak of swine flu in Berhampur in Ganjam district.

According to reports, municipal authorities have recovered several dead pigs from waste dumping areas and open drains in the city.

In the latest incident on Thursday, the carcasses of four pigs were recovered from different wards.

Although the cause of the death of pigs has not been ascertained so far, Berhampur denizens suspect an outbreak of swine flu.

Swine flu is a respiratory disease of pigs caused by Type A influenza virus. The virus does not usually infect humans, but rare cases of human infections have occurred.

Signs of swine flu in pigs can include fever, depression, coughing (barking), discharge from the nose or eyes, sneezing, breathing difficulties, redness or inflammation of eye, and going off feed. However, some infected pigs may show no signs at all.

Know Why COVID-19 Is 10 Times Deadlier Than Swine Flu

Patient Suspected Of Coronavirus Detected With Swine Flu In…