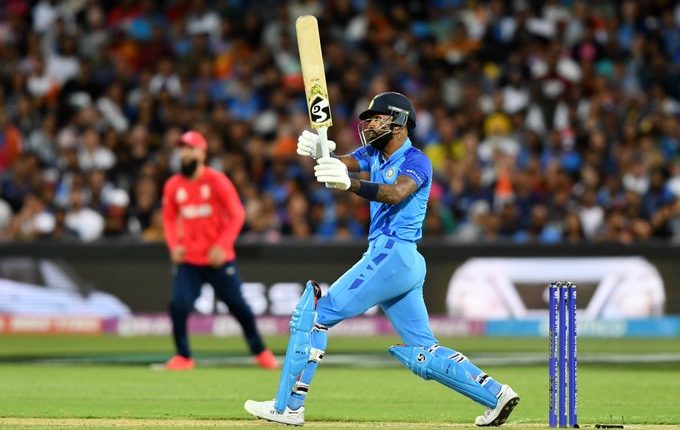 Bhubaneswar: Half-centuries from Hardik Pandya and Virat Kohli helped India post 168/6 in 20 overs against England in the second semi-final of the T20 World Cup at the Adelaide Oval on Thursday.

The blistering 33-ball 63 knock by Pandya was a treat to watch. He was dismissed as hit wicket on the last ball of the innings while trying to work a short ball from Chris Jordan towards the square leg.

Virat scored 50 off 40 balls with the help of four boundaries and a six. This is the fourth 50 for Virat Kohli in the tournament.

Chris Jordan picked up three wickets for England but conceded 43 runs in his four overs.

Jos Buttler and Alex Hales are now in the middle to open the proceedings for England.