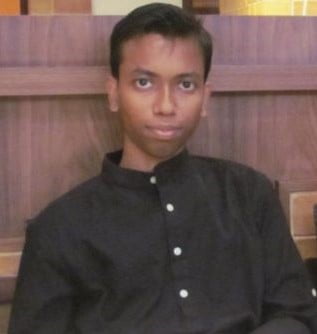 Bhubaneswar: Odia lad Kumar Biswaranjan (28), who overcame massive odds to emerge successful in the Civil Services Examination in the third attempt has proved that the days of struggle are never an impediment to success.

Biswaranjan believes that as a civil servant, one gets a platform to serve the country on a large scale. “At a young age, one gets a lot of resources and responsibilities. I was confident about getting a good rank this time,” said Biswaranjan.

Recounting his days of struggle, he said, “Remembering those days never let me down rather it was a big fillip for me as I could put my realisation into practice that there is no luxury of being complacent. We were not well off as a family but the financial situation improved gradually.”

Hailing the growing world of digital space as a boon for Civil Services aspirants he said, “Many courses are available online by many educators and platforms like YouTube provide maximum study material for the exam if you focus aptly. Although I collected some of my study material from my friends who were also preparing for the exam in Delhi, I did the entire preparation in Bhubaneswar. I also appeared for mock sessions for the mains and interview in Delhi,” he added.

He was a meritorious student from his school days and was never coerced into pursuing anything which wasn’t in tandem with his wish, informed his mother. “I believe and am confident he will do his best and serve as an honest officer,” she said.

Biswaranjan comes from a marginally humble background. His mother is a tailor and his father runs a small business in the city. He is an alumnus of Saraswati Sishu Vidya Mandir, Niladri Vihar, and BJB Junior College. He completed his graduation from IIT Guwahati in 2014.

Looking back he says, it would be unfair to only name a few people who helped him. “I got support and help from so many at different points in life,” he said.