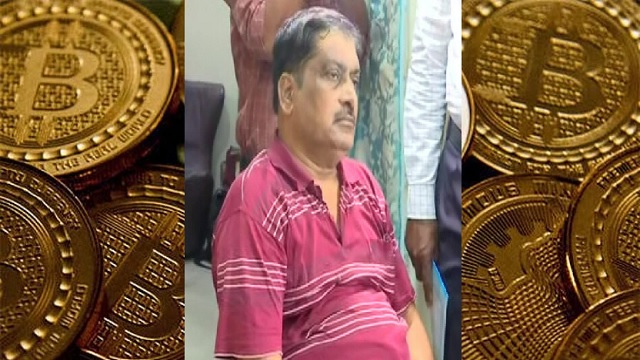 Bhubaneswar: Additional Chief Engineer of Rural Water Supply & Sanitation (RWSS) Department Nihar Ranjan Das has been arrested by Odisha Vigilance on charges of possessing assets disproportionate to his known sources of income and the seizure included documents with proof of investments worth Rs 1.75 crore in cryptocurrency.

According to sources, Das’ disproportionate assets have been estimated at around Rs 5 crore which is approximately 275% of known sources of income. Besides investments in cryptocurrencies, he was found to be in possession of an apartment worth Rs 32.5 lakh, a three-storey building in Sambalpur town, eight plots in Sambalpur worth Rs 1.27 crore, a 3-bhk flat in Bhubaneswar, 2 four-wheelers, 2 two-wheelers along with bank and insurance deposits worth about Rs 64.42 lakh.

From preliminary investigation, the anti-corruption wing found that Das had been investing in digital currency through eight to nine exchanges, including one from the United Kingdom. He had reportedly opened accounts in different crypto exchanges such as Coinsbit, Atlantis, Bibox, Binance, Royal Q, ZebPay, WazirX, Latoken, Bitcoin, DigitalOcean, and others.

The vigilance sleuths have already traced a whopping investment of Rs 1.75 crore in 32 wallets and the verification of six others is continuing. The crypto exchanges and banks have been requested to share detailed information regarding Das’ investments. The agency has also requested a UK-based firm providing wallet services to provide details of transactions and investments made by him.

The vigilance sleuths also detected printed QR Codes. “We have sent emails to some cryptocurrency exchanges in the country and foreign countries with whom Das had registered prior to trading. We have requested them to share details of his transactions, value of the money and the status of his e-wallets. Since the exchanges are based in foreign countries, we have requested them to freeze Das’s accounts to prevent any further transactions,” vigilance director Yeshwant Jethwa told TOI.

The volume of investment could go up, he added.

“He assisted his son in opening a construction firm in partnership with a person in Odisha. It is suspected Das used his influence to provide contracts to his son’s company,” stated a TNIE report quoting the Vigilance department.

He also used reward points obtained through a cryptocurrency exchange to arrange a trip for him to Dubai.

Notably, Das had reportedly thrown his mobile phone along with documents relating to investments in digital currencies when a search team arrived at his house in Bhubaneswar on Friday. The officers have sent the damaged device to a forensic team for an examination.

Das (60), who is set to retire on Monday, was arrested on Saturday. The vigilance officials have been questioning him since Friday. The anti-corruption wing is planning to take Das on police remand for interrogation soon.